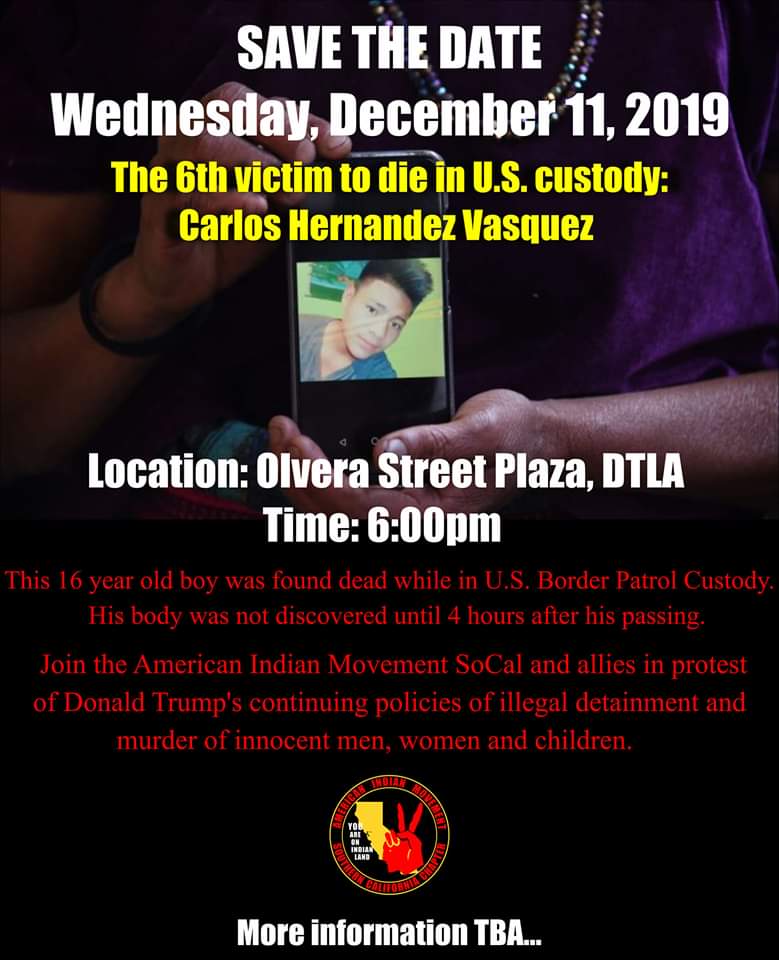 Join us on Wednesday December 11th at 6pm at Placita Olvera as we remember those that have died while in immigration custody.

Carlos Gregorio Hernandez Vasquez, a 16-year-old Guatemalan migrant, was seriously ill when immigration agents put him in a small South Texas holding cell with another sick boy on the afternoon of May 19.

A few hours earlier, a nurse practitioner at the Border Patrol’s dangerously overcrowded processing center in McAllen had diagnosed him with the flu and measured his fever at 103 degrees. She said that he should be checked again in two hours and taken to the emergency room if his condition worsened.

None of that happened. Worried that Carlos might infect other migrants in the teeming McAllen facility, officials moved him to a cell for quarantine at a Border Patrol station in nearby Weslaco.

By the next morning, he was dead.