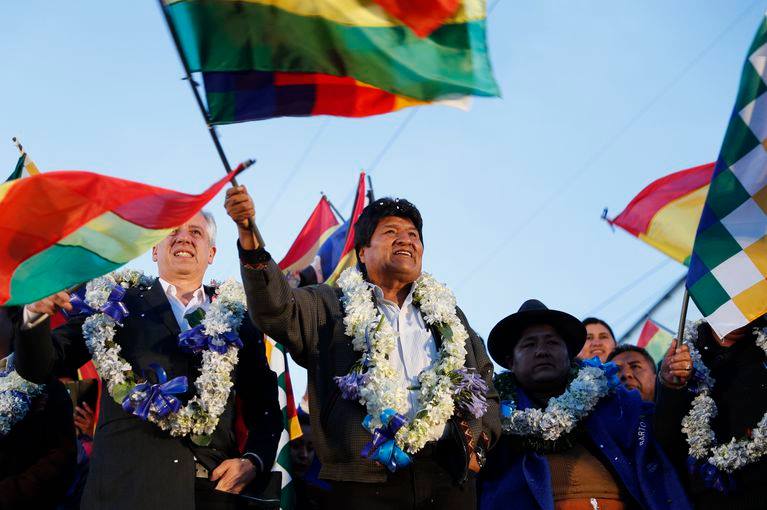 Defend the life of Evo Morales, the first Indigenous president in Bolivia’s history! Defend Indigenous movements and workers’ movements! Protest the fascist U.S.-sponsored coup against Evo and the people of Bolivia!

This right-wing coup is a RACIST attack on the indigenous people of Bolivia and of Latin America. The fascist right-wing opposition in Bolivia also brutally attacked and assaulted a female indigenous mayor in Bolivia on Thursday.

Evo Morales was popularly elected and is supported by the majority of the Bolivian masses. His administration has instituted massive, progressive reforms in the country. Evo has tirelessly opposed U.S. intervention in Bolivia and in Latin America. Bolivia has been at the forefront of the struggle against climate change in Latin America.

Bolivia is rich in its natural resources so it is a prime target for the imperialists. U.S. imperialism strives to unseat popular, progressive leaders and install puppet governments that will do the U.S.’s bidding in pursuit of capital and global dominance.