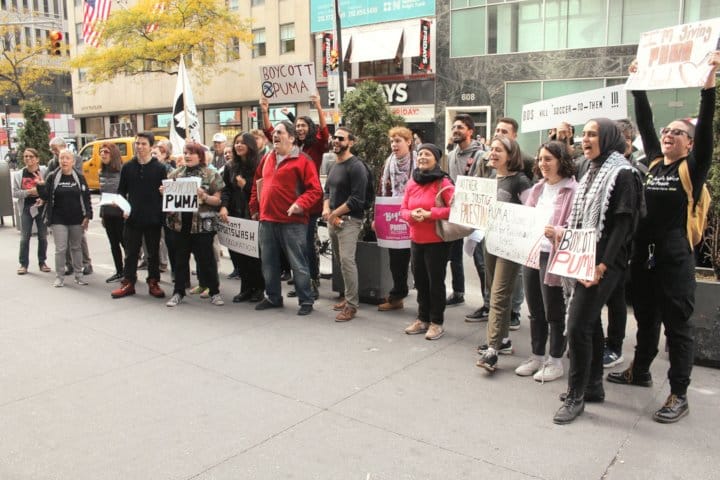 Khalida Jarrar, leading Palestinian feminist, leftist and parliamentarian, was seized in the pre-dawn hours of October 31, 2019 by Israeli occupation forces. The heavily armed force invaded her home with over a dozen military vehicles and 80 soldiers only eight months after she was last released from Israeli prison. She had been jailed there for 20 months with no charge and no trial under administrative detention. During Khalida’s imprisonment, over 275 organizations around the world joined the call for her freedom, and protests and mobilizations around the world highlighted her case. It is time to act again and demand Khalida’s immediate release!

Heba al-Labadi is a 24-year-old Palestinian with Jordanian citizenship. She has been on hunger strike since September 24, 2019 against her administrative detention – imprisonment without charge or trial. She is one of 425 Palestinians detained without charge or trial, many of whom spend years at a time jailed under indefinitely renewed administrative detention orders. There are over 5,500 Palestinians imprisoned in total by the Israeli occupation. Heba al-Labadi launched her hunger strike after five weeks of harsh interrogation involving techniques amounting to torture, including sleep deprivation, threats against her family, verbal abuse and sleep deprivation. Heba has been jailed by the Israeli occupation since 20 August, when she entered Palestine with her mother to attend a wedding in Nablus.

Samer Arbeed is being held in Hadassah hospital after severe Israeli torture under interrogation and brutal beatings that caused him to lose consciousness for weeks. He has been shackled to his bed and even tear-gassed in his hospital room by Israeli forces despite the fact that he has 11 broken ribs and pneumonia as well as kidney dysfunction so severe he now requires dialysis. He suffered from none of these medical conditions prior to being seized by Israeli occupation forces on September 25, although his wife witnessed occupation soldiers begin to beat him immediately upon arresting him. He has been banned from lawyers’ visits and his lawyers were not informed that he was tear-gassed; in a medical report delivered by the intensive care unit at the hospital, it was noted that Samer’s lung health has further deteriorated due to contamination in his ventilation apparatus. He is being subjected to continuous interrogation even as he remains in his hospital room due to Israeli torture.

Khalida, Heba and Sameer have all, independently of one another, organized and spoken out for Palestinian prisoners. Khalida is one of the most prominent international advocates for Palestinian prisoners and their rights and the former vice-chair of the board of directors of Addameer Prisoner Support & Human Rights Association. Heba has written and campaigned about Palestinian political prisoners and urged their freedom, including that of Georges Abdallah, jailed in France for 35 years. Samer Arbeed volunteered and worked for organizations demanding freedom for prisoners – and has been previously targeted for his work.

Join the international days of action to speak out for Khalida, Heba, Samer and all of the thousands of Palestinians held behind bars. Torture, arbitrary detention and abuse are taking place in full view of the world and we must speak out to stand with these Palestinians demanding their most fundamental rights. Free all Palestinian prisoners! Freedom for Palestine!