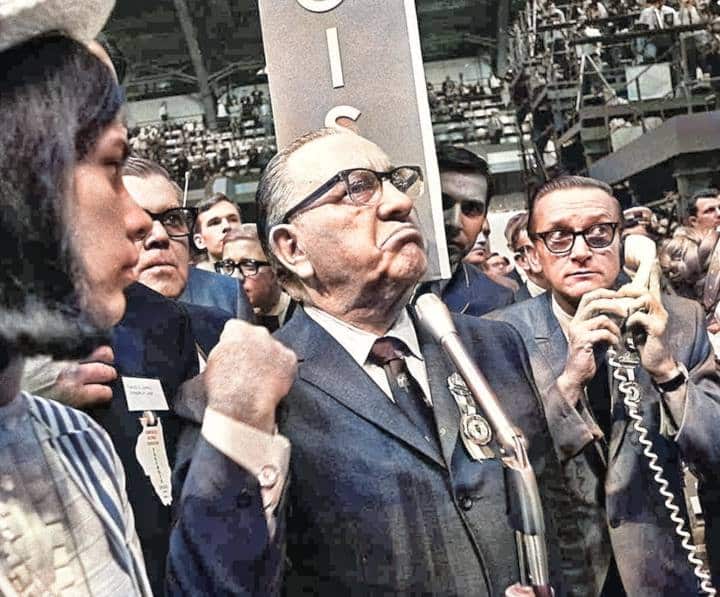 Mayor Richard Daley stands at the microphone during the 1968 Democratic National Convention in Chicago.

The long shadow of the Chicago race riot, Part 5

In the spring of 1937 the Congress of Industrial Organizations—the mighty CIO—seemed unstoppable. General Motors had caved in after the 44-day occupation of their plants in Flint, Mich., and signed a union contract with the United Auto Workers.

On May 30, 1937, Chicago’s Democratic Mayor Ed Kelly had cops kill ten steelworkers and supporters, most of whom were shot in the back. Democratic President Franklin Roosevelt defended this “Memorial Day massacre.” He quoted Shakespeare, saying “a plague on both your houses,” meaning that labor was just as responsible for this bloodshed as big business.

Ten weeks before the Chicago atrocity, Roosevelt’s colonial governor in Puerto Rico, General Blanton Winship, had his cops kill 19 people in Ponce on March 21. These supporters of the Nationalist Party were marching peacefully. Winship was never prosecuted but Nationalist Party leader Pedro Albizu Campos was jailed for sedition.

Working and poor people in the United States will never be free while workers in U.S. colonies are in chains.

They called it “clout”

By the 1960’s, Chicago had the last big urban political machine. At least 20,000 people holding city and county jobs were expected to “turn out the vote.” The first day of the 1968 Democratic Convention, delegates were greeted by 20,000 patronage employees holding signs reading “We love Mayor Daley.”

The whole world watched Daley’s cops beat anti-war protesters during the convention. Chicago had a police “red squad” that was as large as New York City’s. It sought to infiltrate and destroy Black organizations and the left.

Machine pickings were so lush that Roman Pucinski quit congress to become a member of the City Council. As an Alderman, Pucinski knew that he would get more graft and control far more jobs than as a mere member of Congress! (This was called “clout.”)

The vast corruption was expensive. All of this loot was really stolen from the working class. The bourgeoisie simply viewed it as a tax on their profits.

After every election, the Chicago Tribune ran a full-page containing pictures of graveyards and abandoned buildings where “ghost voters” had been registered by the Machine. But no Republicans were demanding Voter ID laws.

Yet the ruling class put up with these costly shenanigans and contributed heartily to the machine’s election war chest. This was partly because so much of this plunder came back to them in the form of huge bond issues, inflated construction contracts, tax abatements and the like.

Capitalists also viewed this corruption as a necessary tax. It supported a political machine that suppressed the class struggle in the industrial capital of the United States.

Growing Black and Latinx communities had to be “kept in their place” while white workers had to be continually injected with racist poison.

Housing segregation accomplished both objectives and was immensely profitable to the slumlords and banks to boot. Public housing was built where it could reinforce residential apartheid.

The most notorious example was the Robert Taylor Homes. Stretching more than a mile along State Street — just east of the Dan Ryan Expressway — the Taylor Homes was the largest housing project in the United States. These 28 identical sixteen-story buildings housing 27,000 people became Chicago’s Soweto.

The route of the expressway had been shifted west so it would serve as a ghetto wall. Even housing for the elderly was kept out of white areas since some African American seniors might become tenants.

This segregationist policy served to fuel a racist tension in many white neighborhoods. A riot erupted in the all-white Bridgeport section when two Black students moved into an apartment in October 1963. The racial violence broke out just a block-and-a-half from Mayor Daley’s bungalow.

Working with the mob and fighting Dr. King

Like every other Black community, Chicago’s police served as an occupying army. The cops collaborated with organized crime to pour drugs into African American and Latin neighborhoods.

Mafia boss Sam Giancana was virtually an open partner in the Daley Machine. Giancana was the CIA’s accomplice in many of the assassination attempts against the liberator Fidel Castro.

The combination of the Machine, cops and white gangsters practically stifled the second largest Black Community in the country. Daley’s dependence upon an avalanche of Black votes to remain in power only intensified this political strangulation.

Ever since the Depression, large majorities of African Americans in the North have voted for the Democratic Party. But in Chicago, one’s job was often tied to making sure family members — and even neighbors — voted “the straight Democratic ticket.”

Most of the so-called “patronage jobs” were low-paying. For many Black workers at Cook County Hospital and elsewhere, staying employed meant producing votes. This intimidation even extended to those living in public housing projects.

It was reminiscent of how some plantation owners in Alabama after Reconstruction — but before the right-to-vote was taken away from African Americans — would troop their Black field hands to the polls. In Daley’s 1963 reelection campaign, 115,000 of his 139,000-vote winning margin came from wards within the African American Congressman William L. Dawson’s district.

Despite being locked into these humiliating conditions, resistance began to sprout in Chicago’s Black community. School boycotts were held in 1963 to protest the racist policies of School Superintendent Benjamin Willis. Open housing marches led by Dick Gregory went to Daley’s Bridgeport neighborhood.

Dr. Martin Luther King came to the city and formed the Chicago Freedom Movement. Fifty thousand people assembled in Soldier’s Field on July 15, 1966. On the hottest day of the year, they cheered King’s denunciations of “rat-infested slums” and “inferior, segregated and overcrowded schools.”

For a year the Chicago Freedom Movement conducted marches, including one to the racist suburb of Cicero. Racists violently attacked the protesters. Dr. King was struck by a brick. As in 1919, the Chicago police looked on with approval.

Like his 1961-1962 attempt to desegregate Albany, Georgia, which also ran into a stone wall, Martin Luther King was forced to retreat from Chicago. Some think one cause was the loss of tens of thousands of jobs at the stockyards. Meat packing had moved west to Iowa, Kansas and Nebraska where the feed lots were.

By the 1950s, a good majority of the stockyard workers were African American. If there had still been 20,000 or even 10,000 members of the Packing House Workers in the Union Stockyards in 1966 — while a big drop from the 50,000 workers that were once employed there — the Chicago Freedom Movement might have been more successful.

But even with the decline of the stockyards, Daley couldn’t keep the lid on the Black liberation struggle.