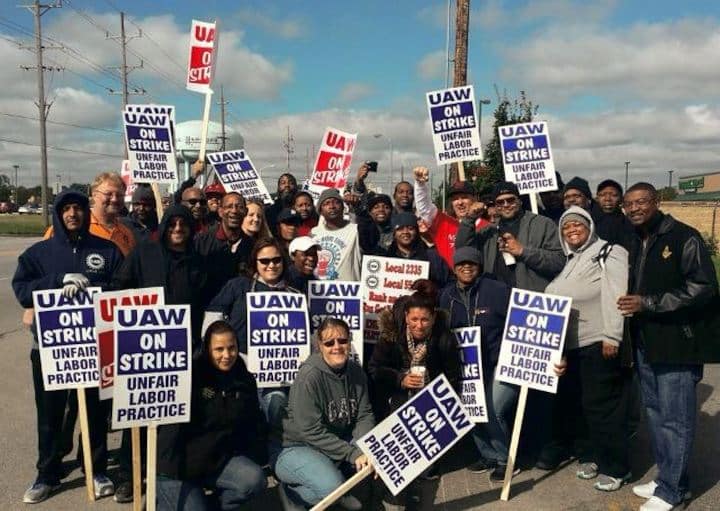 The national strike by 49,000 United Auto Workers (UAW) workers against General Motors that started on September 15, 2019, is the biggest strike in the country since a two-day walkout against GM by the UAW in 2007.

Workers are angry that even though the company has made record profits–$35 billion in the last three years–it won’t give an inch when it comes to workers’ demand for equal pay for all auto workers.

Central to this strike is GM’s multitiered employment structure that ensures new hires are paid poverty wages — roughly half the rate of more senior workers. Additionally, about 7 percent of GM’s workforce are so-called temporary workers who lack the rights and benefits of the permanent workforce. Temp workers often do the same work as traditional employees, are paid less, entitled to fewer benefits and are easier to fire.

A former GM temp worker, now in a skilled trades apprentice program, told Michigan’s public radio station last week that being a temp was one of the worst times of her life. “They have a way of pitting you against a permanent employee where you feel like, if you go the extra mile, if you work a little bit more than your union brother or sister, that will give you an opportunity to eventually get hired in full time and that’s not the case.”

Additionally, the UAW and GM are negotiating over pay and benefits, and, crucially, whether thousands of workers might become or remain laid off due to factory closings.