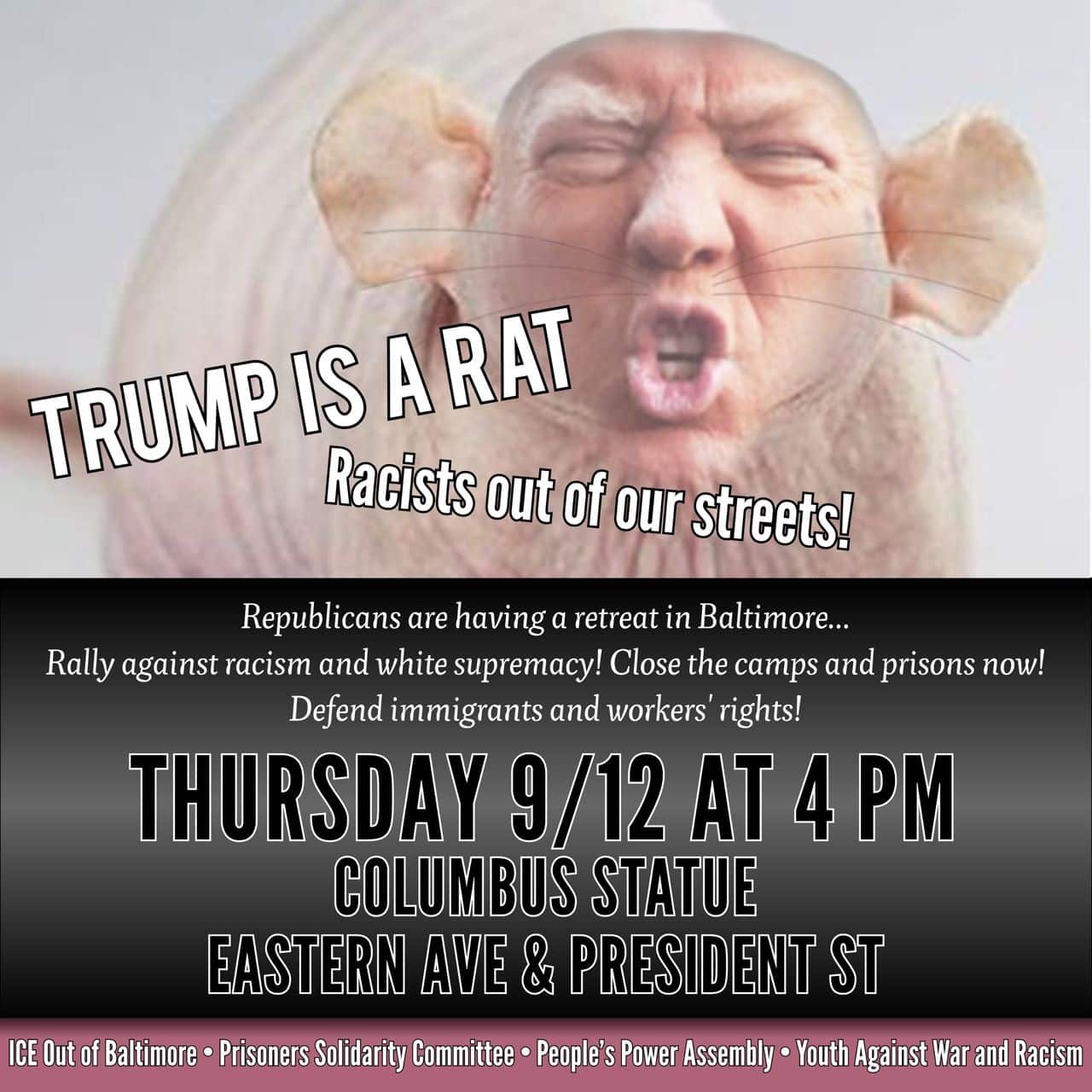 Trump and members of the Republican party are coming to Baltimore…

Let’s show the world that racist RAT Trump is NOT welcome in Baltimore! It’s time to rally against racism and white supremacy!