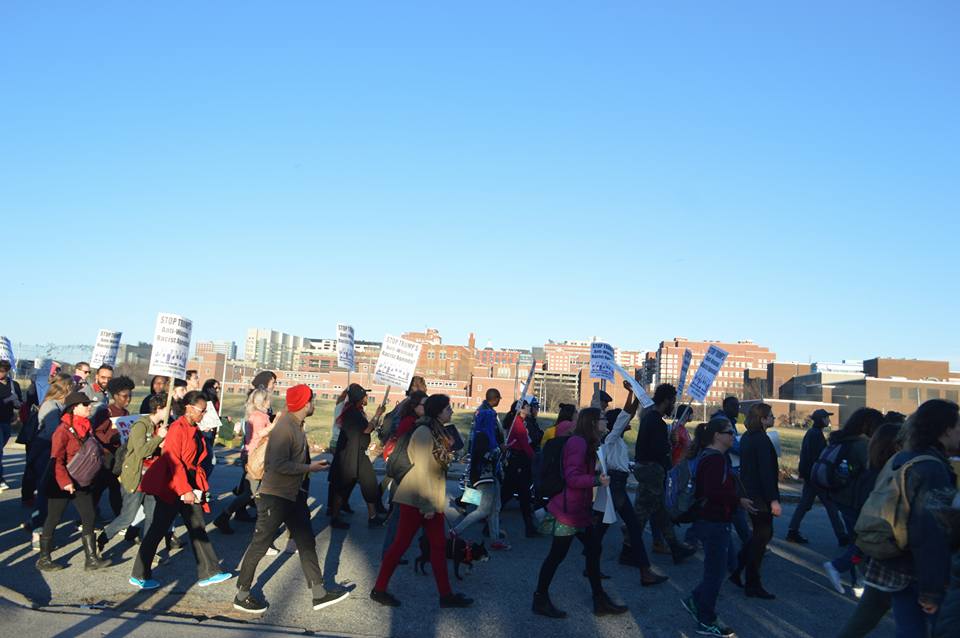 This rally & vigil takes on special meaning for us in Baltimore after Trump’s vile racist remarks about our city — maybe its time to clean out the rat invested White House! Please bring “Impeach Trump for Racism” signs. This will also be a perfect opportunity for us to demonstrate our support for the courageous women: Ilhan Omar, Rashida Tlaib, Alexandra Ocasio-Cortez and Ayana Pressley against the bigoted anti-woman racist attacks.

We will also give special time for the announcement by “ICE out of Baltimore” which is seeking to stop the building of a new detention center, shutting down the existing detention centers and linking this to a call to end the prison industrial complex.

We hold in our hearts the memory of anti-racist activist Heather Heyer and the dozens injured by the fascists in Charlottesville, including Deandre Harris, a 20-year-old Black man, who was beaten with metal poles in a parking lot by a fascist gang, putting him in the hospital. While it was a Nazi thug who murdered Heather, it is the bigot-in-chief Donald Trump, endorser of the “very fine” Nazi and Klan scum, who has enshrined their genocidal ideology as his national policy against the disabled, the LGBTQ+ community, and all People of Color.

Migrants at our southern border, who are “engaged in a federally protected activity” of seeking asylum, are having their babies ripped from their parents arms, their children kidnapped and placed in cages, women forced to drink out of toilets. Cages are so crowded that no one can even lie on the floor. Food, soap, even toothbrushes are denied them, all on the orders from Trump because of their “race” and “national origin.” This meets the very definition of a federal hate crime multiplied thousands of times.

Trump is showing off his brutality “stripes” to his rich friends on Wall Street, to show them how tough he’ll be to those who oppose their cutbacks, like the dismantling of Obamacare. We’re supposed to fight over the scraps that they grant us. That’s why they’ve poured more than $100 million into Trump’s re-election campaign. We demand that Congress immediately impeach Trump for hate crimes and dump his whole gang of rich bigots!

We ask that organizations who agree with this message organize and publicize an activity within their community on these dates. Message us to have your group’s name added to this call.