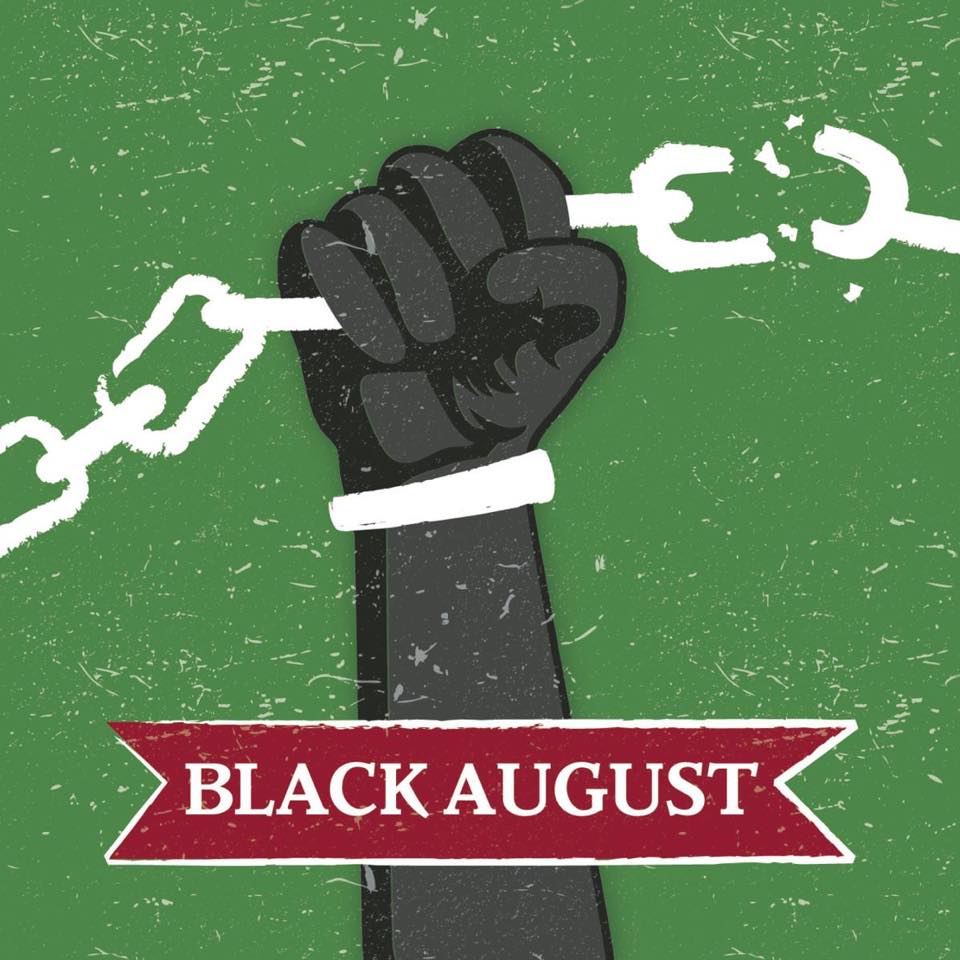 Observing the 400 years since the arrival of Africans to Jamestown, the theme of this year’s commemoration will be focused on the struggle for Black liberation and reparations. We will have poetry, song, dance, history, panel discussions, food and more. This event is for all ages.

Black August was created by incarcerated Black people in order to commemorate the struggle for Black liberation. Directly linked to the memory of George Jackson and Jonathan Jackson, the month of August is a crucial month for Black liberation. While February has become a moment to highlight inspirational and representational moments of Black History, Black August is directly devoted to the history of struggle and in honor of Black political prisoners being held captive as well as the martyrs we have lost.

Black August is a moment to:

To bring unity among Black/African/New African prisoners, and education and awareness