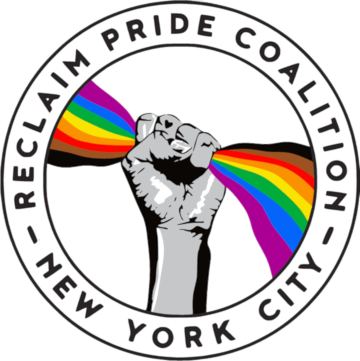 On June 6, New York Police Commissioner James O’Neill issued an apology for the police raid on a gay bar that set off the 1969 Stonewall Rebellion and sparked the modern lesbian, gay, bisexual, transgender, queer and Two Spirit (LGBTQ2S) liberation movement.

The Reclaim Pride Coalition, which is organizing a Queer Liberation March in New York on June 30 to protest the corporate-police takeover of the traditonal Pride Parade, condemned the NYPD’s “non-apology [that] ignores ongoing attack on LGBTQ+ and communities of color.”

Readers in the New York area are urged to join Struggle-La Lucha’s contingent in the Queer Liberation March. Gather at Sheridan Square, on Seventh Avenue south of Christopher Street, beginning at 8:30 a.m. on Sunday, June 30. The march will step off at 9:30 a.m. and go up Sixth Avenue to the Great Lawn in Central Park, where a rally will be held from 1 p.m. to 3 p.m.

“We are not impressed by Commissioner O’Neill’s empty apology, given under pressure during Pride Month. Where has this apology been for the last 50 years? The NYPD Vice Squad is still in business, busting sex workers and others, while its members run their own brothels. The NYPD is still arresting trans kids of color for walking down the street and arrested a transwoman in the Bronx who was walking home from work, holding her in custody for 24 hours, in handcuffs! The NYPD has spent decades entrapping gay men. And the NYPD continues to strike fear in communities of color and other marginalized communities.

“Commissioner O’Neill had the nerve to say that this would never happen in 2019, completely ignoring that the NYPD continues to be an oppressive force in our communities even on the day of Pride.  For decades, the Christopher Street Piers have been somewhat of a public safe space for LGBTQ+ youth of color, who are now being violently policed out of the space. Every year, cop watch activists patrol the piers during Pride because of the amount of violent policing the youth who hang out there experience. Last year the NYPD completely cut off all access to this space, taking away a gay space of community from hundreds of mostly Black and Brown LGBTQ+ people. This is only one example of the continued oppression faced by marginalized members of the LGBTQ+ population and it happens on Pride Day!

“The Reclaim Pride Coalition is a group of individuals and organizations producing a massive Queer Liberation March people’s protest for June 30 (reclaimpridenyc.org).  No corporations and no uniformed police in our March. From our first meetings in the months prior to the 2018 Pride Parade, the Reclaim Pride Coalition has called for a comprehensive NYPD apology, including for their ongoing brutality against marginalized groups and for a systemic change in their operations.”