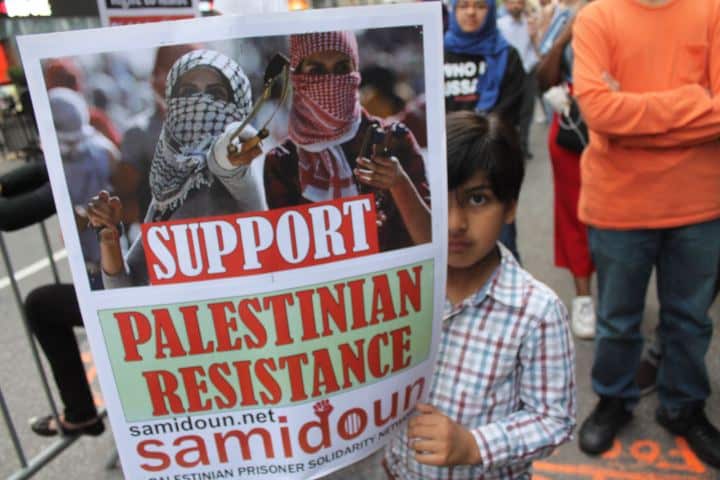 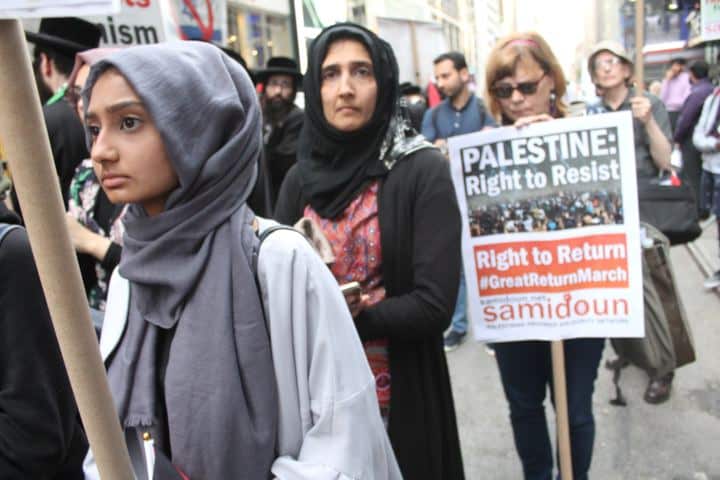 The occasion was the International Day of Al Quds (Jerusalem), marked annually on the last Friday of Ramadan, the Islamic month of fasting. The event began with the 1979 Revolution that freed Iran from the tyranny of the Shah, a CIA-installed puppet of the U.S. corporate ruling class.

Marchers condemned the Trump regime’s phony “deal” and affirmed the right of the Palestinian people to live in peace and freedom in all of their land. They also condemned the brutal U.S.-orchestrated war in Yemen and Washington’s war threats against Iran.

Those who’ve seen a draft of Trump’s plan say it would eliminate the Palestinian claim to Quds (Jerusalem), deny the right of return for refugees, offer money in exchange for accepting Israeli occupation of the West Bank and eliminate the possibility of a sovereign Palestinian state.

In Palestine, some 260,000 people defied the racist Israeli occupation to pray at the Mosque of Al Aqsa, a frequent target of Israeli attack. In Yemen, hundreds of thousands filled the streets of Sana’a and other cities in defiance of the U.S.-British-Israeli-Saudi axis that is bombing and blockading their country.

In Iran and Iraq, marchers burned U.S. and Israeli flags. In Lebanon, resistance leader Sayyid Hassan Nasrallah, secretary general of Hezbollah, warned the U.S., Israel and Saudi Arabia not to launch a new war in the region.

In Bahrain, tens of thousands took to the streets despite a crackdown by the regime of the U.S.-backed Khalifa family. Trump is scheduled to visit Bahrain, where the U.S. Fifth Fleet is based, later this month to unveil his “deal of the century.”

Rallies were held in 20 cities in the U.S. and Canada, organized by the Muslim Congress. The largest was in Toronto, where thousands turned out. In New York City, hundreds came to Times Square.

In its statement, the Muslim Congress emphasized that Quds Day is a day of solidarity with all the oppressed and called for an end to wars, racism and white supremacy. Struggle-La Lucha activists took part in the New York and Washington, D.C., events.