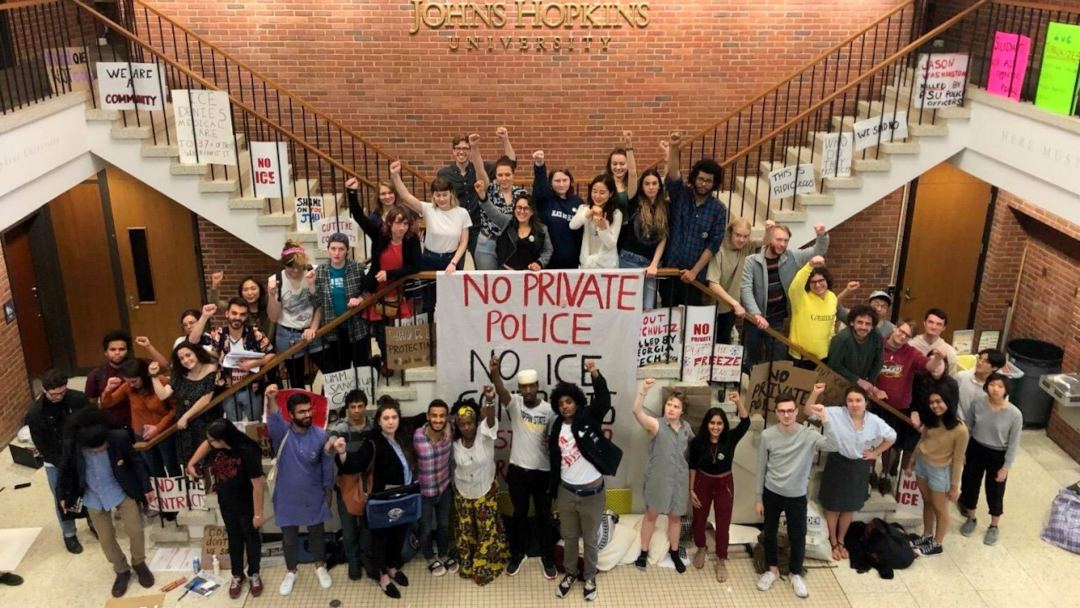 Members of Johns Hopkins Students Against Private Police and Hopkins Anti-ICE Coalition sit under a banner on April 4, 2019, in the university president’s office building after sitting-in overnight.

Hundreds march: No private police, No ICE contracts and justice for Tyrone West

Baltimore, April 4 — A couple hundred protesters voiced their opposition to a private armed police force at this city’s Johns Hopkins University. This outrage was sparked by new legislation that was passed on April 2 in the Maryland Senate 42 to 2 that would allow the private institution to have its own 100-member police force at its academic campuses and main medical campus here. The bill awaits the signature of Gov. Larry Hogan, who has been a strong supporter of a police occupation of the university.

The protesters marched from Wyman Park to the office of the university president in Garland Hall, where about 50 students decided to occupy the administration building. Students and supporters have held fast and strong for over three days.

An impressive sight was the solidarity and linking of issues that the students made.