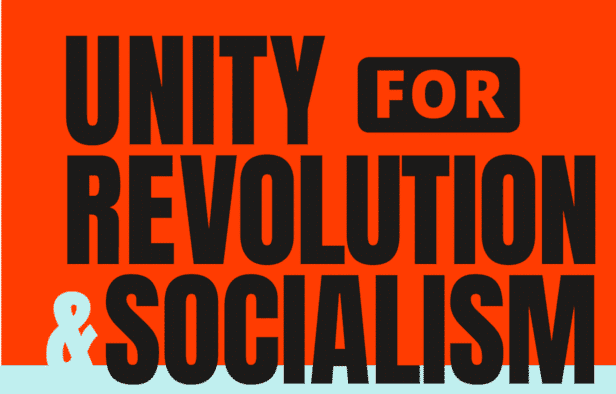 The Los Angeles conference entitled “Unity for Revolution and Socialism” set for March 16 and called by Struggle for Socialism-La Lucha por el Socialismo has announced that it will be shifting its schedule to participate and actively organize for a major protest and march to demand “U.S. Hands Off Venezuela!”

John Parker, one of the organizers of the conference stated: “We not only want to talk about revolutionary change, we also want to act to make it possible. The war on Venezuela is an emergency for all workers and poor people around the globe!  We are making this fight a priority. Therefore, we officially moved our conference opening to 1 p.m. so that we can organize and participate in a Hands off Venezuela protest.”

The “U.S. Hands Off Venezuela” protest in Los Angeles will gather at 11 a.m. at MacArthur Park to coincide with the March 16 national “No Coup – No Sanctions – No War” protest in Washington, D.C., initiated by the Answer Coalition.  We will march from MacArthur Park, the site of the rally, to the conference.

The organizations that will be gathering in MacArthur Park to demand no U.S. war on Venezuela will include AIM SoCal; Unión del Barrio; the Harriet Tubman Center for Social Justice; School of the Americas Watch-L.A.; CISPES-L.A. Chapter; the Eastside Greens of L.A. County; Radio Justice; the Humanity First Coalition; California for Progress; the International League of Peoples Struggles-ILPS Southern California; the People’s Power Assembly; the Democratic Socialists of America-L.A.; the International Action Center West Coast; SOA Watch-L.A.; and Struggle for Socialism-La Lucha por el Socialismo.

Conference will include a special ILWU and Black workers panel

Youth Against War and Racism organizer Miranda Bachman noted, “As youth we are excited that we will get an opportunity to listen to and learn from some of the veteran worker organizers like Clarence Thomas from the International Longshore Workers Union, who will be speaking on supply chain workers, ILWU history and the leading role of Black workers.

“I’m also personally, extremely excited that I’ll be able to hear about the recent teachers strike!”

Clarence Thomas, a veteran ILWU organizer, who helped to spearhead the “Million Worker March,” a movement led by Black workers, will address a special interactive panel where younger and older activists will have the opportunity to not only learn but also to ask questions that can help inform and shape current and future workers’ struggles.

The conference will highlight many of the international struggles along with burning issues for workers and oppressed here in the United States, including the epidemic of police terror against Black and Brown communities; prisoner rights and slave labor; the cases of Mumia Abu-Jamal and Leonard Peltier; women’s, oppressed genders and LGBTQ2S liberation; teachers and Amazon workers fighting for workers’ power; the need to save planet earth from capitalist destruction, and other issues of importance and concern for the youth, workers, and poor and oppressed people.

There will be lots of time for interactive discussion from participants.  Please sign up so that we can provide adequate food for everyone. On Facebook.