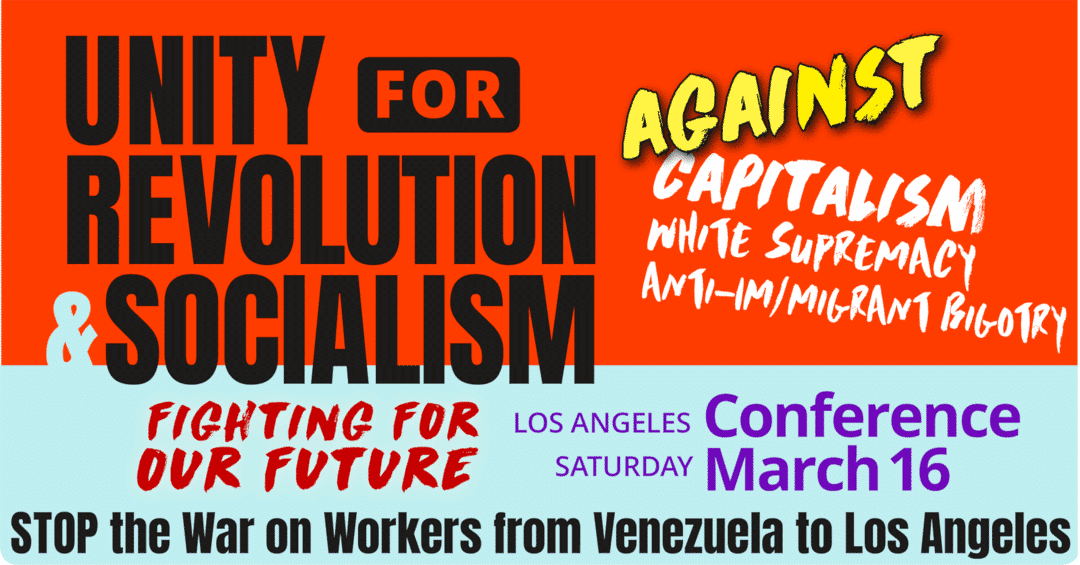 Hey, psst … that’s right, I’m talkin’ to you. Can we talk. Want to know what we can do to fight back and win?

In the first place, we must understand who our friends are as compared to our enemies. That’s important because many of the solutions proposed by both Democrats and Republicans would have us rely on politicians bought and paid for by the industrial and financial monopoly entities that actually run this country. We can’t depend on them. They profit from our misery. So who can we depend on and get leadership from?

Well, if you look in the mirror, you may see the courageous teachers in Los Angeles, whose strike successfully challenged the ruling-class march towards school privatization and denial of opportunity for our children. You might see Black political prisoner Mumia Abu-Jamal, whose determination to remain in the struggle and whose strength outlasted those who would execute him and who now has won the right to appeal — a major win for our movement and the national liberation struggles of all oppressed working people. Oh yeah, you’ll also see yourself — because you, as a member of our class, in unity with all the sectors of our working class, are the solution.

That unity is probably one of the most important weapons that empowers our class — as long as it remains principled. In other words, we don’t throw any sector of our class under the bus for any temporary gains. The need to fight racism, misogyny, LGBTQ2 oppression and the persecution of migrants must never be questioned, and these issues must never be pitted in opposition to each other.

Unfortunately, when they ask us to support U.S. imperialist wars, that is exactly what is being called into question — our solidarity with the international working class. We must never forget that U.S. imperialist war eats up all the resources necessary for the basic needs of people in this country.

So, what can we do? We can build a movement that puts the building of unity of our class and unity of all progressive forces in society, especially left and socialist forces, at the forefront. We can build a movement that therefore rejects racism and sexism. And, for that matter, rejects any sophisticated sounding new or old ideologies attempting to erode our solidarity with each other by directing our anger against each other, rather than against the real enemy.

We can also build a movement that emphatically and consistently says No! to U.S. wars and the phony justifications for those wars, like the attempts to pit us against the people of Venezuela and their elected government.

And, we can join forces with a gathering of revolutionaries dedicated to doing all of the above, by attending the conference hosted by Struggle for Socialism/La Lucha por Socialismo, being held this March 16 in Los Angeles. Many organizations and individuals are being invited to participate for a dialogue on solutions and immediate steps to move forward in revolutionary unity for the purpose of defeating U.S. war, racism and capitalism and for building socialism.