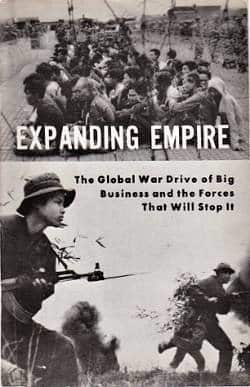 Copeland’s “Expanding Empire” tells the story of U.S. imperialism from its beginnings in 1898 up to the Vietnam War. The pamphlet was written in 1969 during the Vietnam War.

The purpose of the pamphlet was to show that the war was not caused by any particular politician. Rather it was a product of the capitalist system.

The same is true today. In the end, it all comes down to profits. “Expanding Empire” explains how the capitalists’ insatiable greed for increased profit inevitably produces war. And it shows how the only way to prevent future wars is to destroy capitalism at its roots.