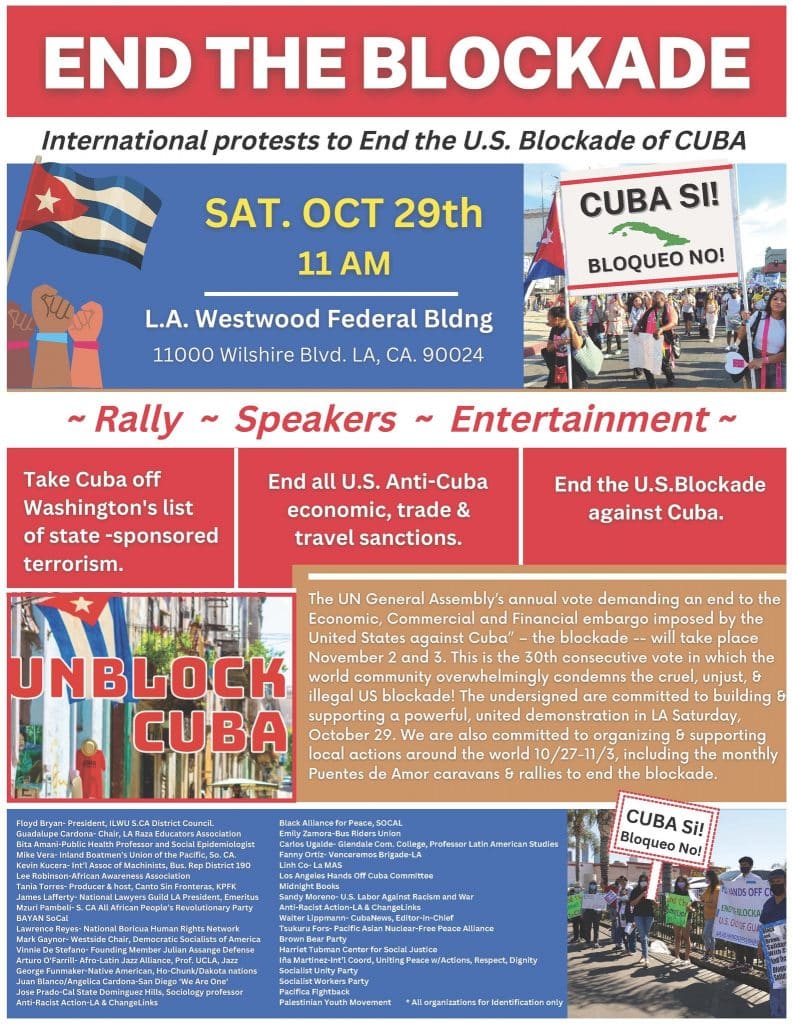 SATURDAY, OCTOBER 29, 2022 AT 11 AM
End the U.S. Blockade of Cuba
Wilshire Federal Building

The UN General Assembly’s annual vote demanding an end to the “Economic, Commercial and Financial embargo imposed by the United States against Cuba” – the blockade – will take place November 2 & 3. This is the 30th consecutive vote in which the world community overwhelmingly condemns the cruel, unjust, & illegal U.S. blockade! Los Angeles joins the international protests on October 29 to demand:

Reach out to Los Angeles Hands Off Cuba Committee or the Harriet Tubman Center for more information and to endorse.