The month of September holds several major anniversaries in the struggle for prisoner liberation and to end the racist prison-industrial complex. It is important to salute the struggles of those prisoners who rose up against brutal conditions and also those who were persecuted and imprisoned for espousing revolutionary politics.

Beginning on Sept. 8, 1971, some 1,500 prisoners in Cell Block D seized control of upstate New York’s Attica Prison. The prisoners rebelled after they submitted a 27-point manifesto, demanding that the state Department of Corrections take immediate steps to improve the brutal conditions inside New York prisons.

Attica prisoners were experiencing severe overcrowding inside the prison. The prison was built for 1,600 prisoners. By 1971, 2,300 people were crammed within Attica’s walls. Prisoners were limited to one shower per week and one roll of toilet paper a month. Every prisoner labored five hours a day, paid at most $1 for the entire day’s work.

The uprising was indicative of more than just situational rage, but of growing revolutionary politics in the Black and Latinx communities. The Black Panther Party, the Young Lords and the Nation of Islam had members and organizers imprisoned for various reasons. They formed a Liberation Faction that played a crucial role in organizing the rebellion against Attica’s inhumane and racist conditions.

The uprising was eventually broken by a vicious massacre of prisoners at the hands of New York State Police, resulting in 39 dead and 85 wounded. Even with this horrific ending, the bravery of the Attica prisoners lives on as an inspiration to revolutionary movements inside and outside of the oppressive walls. 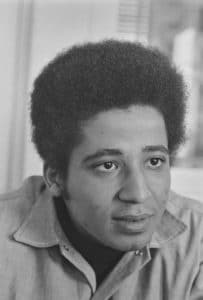 While in San Quentin State Prison, Jackson was introduced to revolutionary Marxist figures and leaders like Karl Marx, Mao Zedong, Frederich Engels and Leon Trotsky. From his personal experiences with prison and his journey into revolutionary politics came writing that changed the movement against U.S. racism forever.

During his time in prison, Jackson organized for the Black Panther Party – People’s Revolutionary Army and completed several books, including “Soledad Brother” and “Blood in My Eye.” He never stopped fighting.

In 1971, a tower guard assassinated Jackson during an alleged escape attempt. Many community figures and thinkers, including James Baldwin, believed that Jackson was simply assassinated for his political activity.

We remember Jackson’s sacrifice to the struggle against the racist prison system and his commitment to a world of liberated Black and Brown people all over the world.