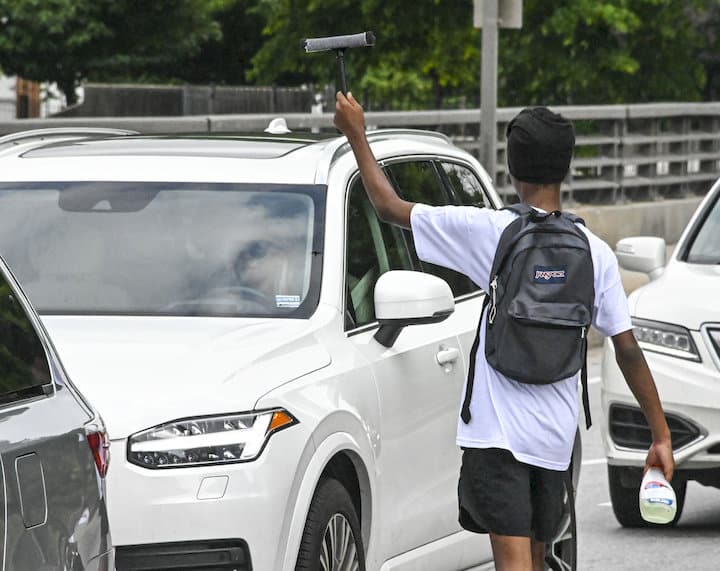 On August 2, a Baltimore City grand jury issued an eight-charge indictment, including first-degree murder, against a 15-year-old squeegee worker accused of killing a white motorist in downtown Baltimore. The shooting occurred after a 48-year-old white man, Timothy Reynolds, parked his car and approached a group of squeegee workers, most of whom were teenage Black men. Mr. Reynolds swung his bat at the group of teenagers, after which, one of the workers shot him in self-defense.

From the moment the shot was fired, local media, politicians and police painted this young worker as a murderer. Baltimore City State’s Attorney, Marilyn Mosby, followed up this fervor by taking a first-degree murder charge to the grand jury. For now, this move ensures that the squeegee worker will be prosecuted as an adult, even though he was only 14 at the time of the alleged incident.

The prosecution of this young Black worker is another step in a long line of attempts by the local corrupt Democratic Party and its business allies to criminalize Blackness and push the Black community out of commercial areas in the city. The Democratic nominee for Baltimore state’s attorney, Ivan Bates, announced a plan to “clear the corners” of squeegee workers. At the core of Bates’ plan would be lifting the restriction on individual officers that currently prevents them from citing or arresting squeegee workers without consulting a supervisor first.

Essentially, Bates’ plan is to harass and intimidate these majority-young, majority-Black workers out of their jobs, using the city’s brutal and racist police force to accomplish this task. In the recent Democratic primary election, Bates defeated two-term incumbent, Marilyn Mosby. Mosby is known for her decision to prosecute the cops who murdered Freddy Gray and to cease prosecutions of drug addicts and sex workers. Her successor brings a more traditional right-wing “law and order” pedigree to the office. Bates was elected with significant support from local restaurant owners and police unions.

Whether it is Marilyn Mosby or Ivan Bates, this squeegee worker will be prosecuted for a murder he did not commit. Whoever fired at Timothy Reynolds that day, did so in self-defense after being charged by a white man nearly three times their age swinging a baseball bat.

In this city and this country, the police can murder with impunity and rarely face accountability. Their murders are called protecting and serving. Young white killers and rapists like Kyle Rittenhouse and Brock Turner walk away from their horrific crimes relatively unscathed. If a Black 14-year-old defends themself, that’s called murder and they’re threatened with life in prison.

For some perspective, George Zimmerman, the Florida racist who followed and murdered 17-year-old Trayvon Martin in cold blood, was never indicted on charges of first-degree murder. A grown man can hunt and murder a Black teenager, but a Black teenager can’t defend themself and their friends against a grown racist swinging a bat. That’s the real American justice system.

The real criminals are the people roaming the streets wearing badges and their fascist allies, not Black teenagers trying to help feed their siblings. End the criminalization of Black life! Down with racist police terror! We need government that fights for the people, not restaurateurs and investment banks!