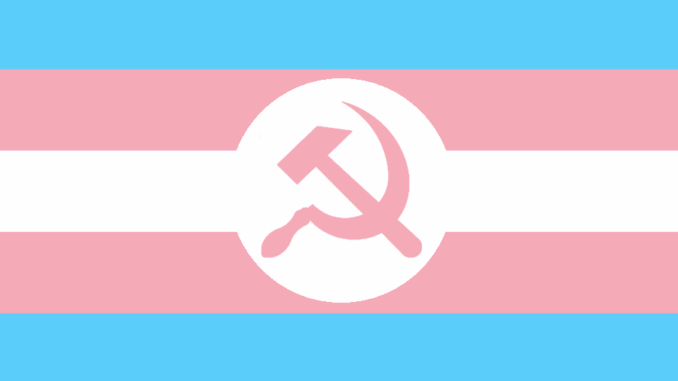 Following is a special announcement from the co-editor of Struggle-La Lucha, formerly known as Greg Butterfield.

Happy Pride Month! I have some personal news to share with Struggle-La Lucha readers.

I’m proud to say that I am coming out as a trans woman. My name is Melinda. My pronouns are she/her/hers.

There’s a particular quote from revolutionary leader V.I. Lenin that has always appealed to me. According to Romanian poet Valeriu Marcu, he said this during a conversation at a cafe in Zurich, Switzerland, shortly before the Russian Revolution began.

Perhaps it’s apocryphal or embellished, but it has the flavor of something Lenin might have said: “I don’t know how radical you are, or how radical I am. I am certainly not radical enough. One can never be radical enough; that is, one must always try to be as radical as reality itself.”

I have always tried to hold myself to that standard politically. But personally it was another matter. Until last year, I hid the “radical reality” of who I am even from myself. But now I’m finally ready to share it with the world.

Several things converged last year that forced me to seriously reckon with my gender after a lifetime of denial. That denial was rooted in an abused adolescent’s attempt to survive in a time and place where there were no words for what I was, and no chance of being accepted. I did such a thorough job of burying the real me that by the time I went to New York in my late teens and was befriended by trans revolutionary Leslie Feinberg, I had no clue that I was trans myself.

What I realized in 2021, after several months of intense introspection and learning, was that I needed to acknowledge my truth – first to myself, and then to the world.

A trans sister and comrade recently told me, “You picked a hell of a time to come out.” It’s true. The situation for trans, non-binary and gender-nonconforming people in the U.S. today is grim and increasingly dangerous. But for me, the hardest part has been resisting the urge to shout it from the rooftops during this awful “trans panic” and ongoing legislative attack on trans kids and youth.

I hope that by speaking about this, it might help others like me to see that they are not too old to embrace their own “radical reality,” whatever that may be. More than ever, the world and especially the youth who are under attack need us to raise our voices and organize, organize, organize.

It’s always been my conviction that the best way to grow solidarity is to show solidarity, and I believe that is true for LGBTQ2S people in the U.S. Our existence has been exploited by U.S. imperialism as a bludgeon against other countries, while the rulers here fight tooth and nail to deny us every hard-won right.

The truth is, our struggles need each other. We are all part of the same historic, diverse, multifaceted global struggle of the working class against capitalism and imperialism. I’m committed to doing whatever I can to help unite our class in the fight to elevate us all.

I’m very proud to be part of the Socialist Unity Party and Struggle-La Lucha, a communist organization and publication in the tradition of Sam Marcy, Dorothy Ballan and Leslie Feinberg, which has always been in the vanguard of trans liberation and LGBTQ2S solidarity.

My name, pronouns and appearance may change, but my commitment to the revolutionary victory of the workers and oppressed will not.

Thank you for reading.