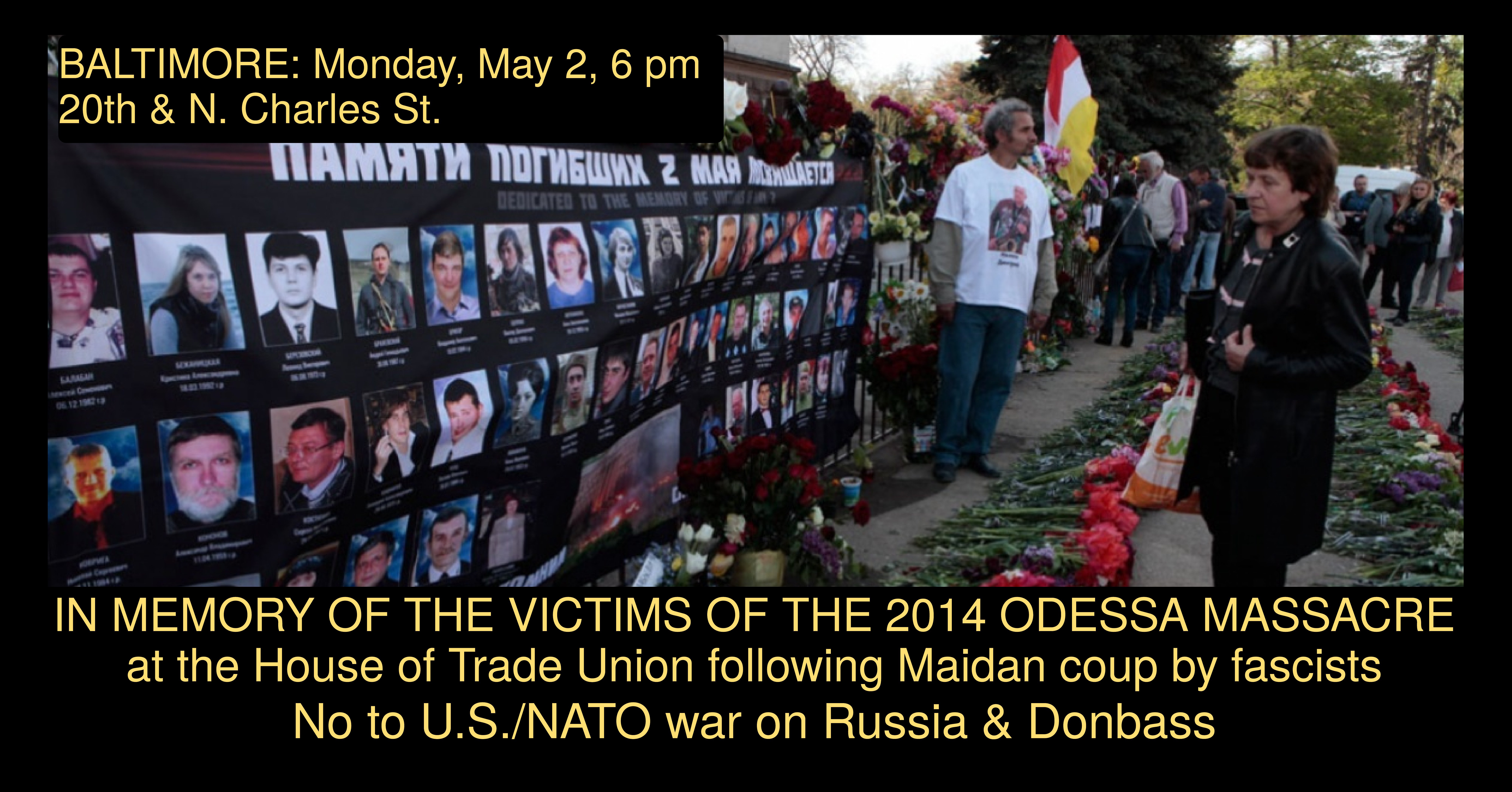 On May 2, 2014, 48 people were massacred at the House of Trade Union, including one child, by fascist Maidan coup supporters. Most died when they could not escape the fire, trapped by Nazi sympathizers and right wing Ukraine forces.

Those responsible for their deaths have never been brought to justice.

We commemorate their lives and continue to demand No U.S./NATO war on Russia and Donbass.