Daniel Kovalik teaches International Human Rights at the University of Pittsburgh School of Law, and is author of the recently-released No More War: How the West Violates International Law by Using ‘Humanitarian’ Intervention to Advance Economic and Strategic Interests. 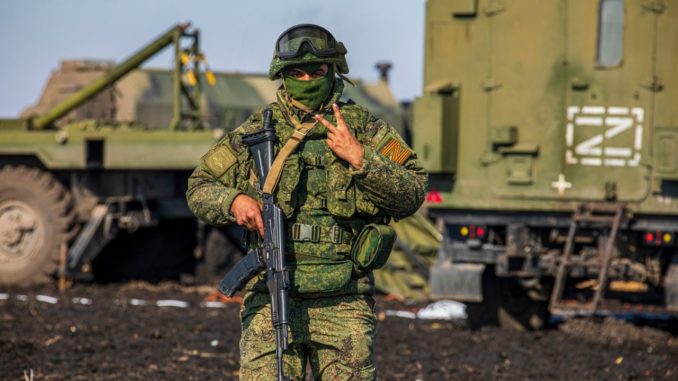 For many years, I have studied and given much thought to the UN Charter’s prohibition against aggressive war. No one can seriously doubt that the primary purpose of the document – drafted and agreed to on the heels of the horrors of WWII – was and is to prevent war and “to maintain international peace and security,” a phrase repeated throughout.

As the Justices at Nuremberg correctly concluded, “To initiate a war of aggression … is not only an international crime; it is the supreme international crime differing only from other war crimes in that it contains within itself the accumulated evil of the whole.” That is, war is the paramount crime because all of the evils we so abhor – genocide, crimes against humanity, etc. – are the terrible fruits of the tree of war.

In light of the above, I have spent my entire adult life opposing war and foreign intervention.  Of course, as an American, I have had ample occasion to do so given that the U.S. is, as Martin Luther King stated, “the greatest purveyor of violence in the world.”  Similarly, Jimmy Carter recently stated that the U.S. is “the most war-like nation in the history of the world.” This is demonstrably true, of course. In my lifetime alone, the U.S. has waged aggressive and unprovoked wars against countries such as Vietnam, Grenada, Panama, the former Yugoslavia, Iraq (twice), Afghanistan, Libya, and Somalia. And this doesn’t even count the numerous proxy wars the U.S. has fought via surrogates (e.g., through the Contras in Nicaragua, various jihadist groups in Syria, and through Saudi Arabia and the UAE in the ongoing war against Yemen).

Indeed, through such wars, the U.S. has done more, and intentionally so, than any nation on earth to undermine the legal pillars prohibiting war.  It is in reaction to this, and with the express desire to try to salvage what is left of the UN Charter’s legal prohibitions against aggressive war, that a number of nations, including Russia and China, founded the Group of Friends in Defense of the UN Charter.

In short, for the U.S. to complain about Russia’s invasion of Ukraine as a violation of international law is, at best, the pot calling the kettle black. Still, the fact that the U.S. is so obviously hypocritical in this regard does not necessarily mean Washington is automatically wrong. In the end, we must analyze Russia’s conduct on its own merits.

One must begin this discussion by accepting the fact that there was already a war happening in Ukraine for the eight years preceding the Russian military incursion in February 2022. And, this war by the government in Kiev against the Russian-speaking peoples of the Donbass – a war which claimed the lives of around 14,000 people, many of them children, and displaced around 1.5 million more even before Russia’s military operation – has been arguably genocidal. That is, the government in Kiev, and especially its neo-Nazi battalions, carried out attacks against these peoples with the intention of destroying, at least in part, the ethnic Russians precisely because of their ethnicity.

While the U.S. government and media are trying hard to obscure these facts, they are undeniable, and were indeed reported by the mainstream Western press before it became inconvenient to do so. Thus, a commentary run by Reuters in 2018 clearly sets out how the neo-Nazis battalions have been integrated into the official Ukrainian military and police forces, and are thus state, or at least quasi-state, actors for which the Ukrainian government bears legal responsibility. As the piece relates, there are 30-some right-wing extremist groups operating in Ukraine, that “have been formally integrated into Ukraine’s armed forces,” and that “the more extreme among these groups promote an intolerant and illiberal ideology… ”

That is, they possess and promote hatred towards ethnic Russians, the Roma peoples, and members of the LGBT community as well, and they act out this hatred by attacking, killing, and displacing these peoples. The piece cites the Western human rights group Freedom House for the proposition that “an increase in patriotic discourse supporting Ukraine in its conflict with Russia has coincided with an apparent increase in both public hate speech, sometimes by public officials and magnified by the media, as well as violence towards vulnerable groups such as the LGBT community.” And this has been accompanied by actual violence. For example, “Azov and other militias have attacked anti-fascist demonstrations, city council meetings, media outlets, art exhibitions, foreign students and Roma.”

As reported in Newsweek, Amnesty International had been reporting on these very same extremist hate groups and their accompanying violent activities as far back as 2014.

It is this very type of evidence – public hate speech combined with large-scale, systemic attacks on the targets of the speech – that has been used to convict individuals of genocide, for example in the Rwandan genocide case

And lest Russia was uncertain about the Ukrainian government’s intentions regarding the Russian ethnics in the Donbass, the government in Kiev passed new language laws in 2019 which made it clear that Russian speakers were at best second-class citizens. Indeed, the usually pro-West Human Rights Watch (HRW) expressed alarm about these laws. As the HRW explained in an early-2022 report which received nearly no coverage in the Western media, the government in Kiev passed legislation which “requires print media outlets registered in Ukraine to publish in Ukrainian. Publications in other languages must also be accompanied by a Ukrainian version, equivalent in content, volume, and method of printing. Additionally, places of distribution such as newsstands must have at least half their content in Ukrainian.”

And, according to the HRW, “Article 25, regarding print media outlets, makes exceptions for certain minority languages, English, and official EU languages, but not for Russian” (emphasis added), the justification for that being “the century of oppression of … Ukrainian in favor of Russian.” As the HRW explained, “[t]here are concerns about whether guarantees for minority languages are sufficient. The Venice Commission, the Council of Europe’s top advisory body on constitutional matters, said that several of the law’s articles, including article 25, ‘failed to strike a fair balance’ between promoting the Ukrainian language and safeguarding minorities’ linguistic rights.” Such legislation only underscored the Ukrainian government’s desire to destroy the culture, if not the very existence, of the ethnic Russians in Ukraine.

Moreover, as the Organization of World Peace reported in 2021, “according to Ukraine’s National Security and Defense Council Decree no. 117/2021, Ukraine has committed to putting all options on the table to taking back control over the Russian annexed Crimea region. Signed on March 24th, President Zelensky has committed the country to pursue strategies that . . . ‘will prepare and implement measures to ensure the de-occupation and reintegration of the peninsula.’” Given that the residents of Crimea, most of whom are ethnic Russians, are quite happy with the current state of affairs under Russian governance – this, according to a 2020 Washington Post report – Zelensky’s threat in this regard was not only a threat against Russia itself but was also a threat of potentially massive bloodshed against a people who do not want to go back to Ukraine.

Without more, this situation represents a much more compelling case for justifying Russian intervention under the Responsibility to Protect (R2P) doctrine which has been advocated by such Western ‘humanitarians’ as Hillary Clinton, Samantha Power, and Susan Rice, and which was relied upon to justify the NATO interventions in countries like the former Yugoslavia and Libya. And moreover, none of the states involved in these interventions could possibly make any claims of self-defense. This is especially the case for the United States, which has been sending forces thousands of miles away to drop bombs on far-flung lands.

Indeed, this recalls to mind the words of the great Palestinian intellectual, Edward Said, who opined years ago in his influential work, ‘Culture and Imperialism’, that it is simply unfair to try to compare the empire-building of Russia with that of the West. As Dr. Said explained, “Russia … acquired its imperial territories almost exclusively by adjacence. Unlike Britain and France, which jumped thousands of miles beyond their own borders to other continents, Russia moved to swallow whatever land or peoples stood next to its borders … but in the English and French cases, the sheer distance of attractive territories summoned the projection of far-flung interest …” This observation is doubly applicable to the United States.

Still, there is more to consider regarding Russia’s claimed justifications for intervention. Thus, not only are there radical groups on its border attacking ethnic Russians, including Russian citizens, but also, these groups have reportedly been funded and trained by the United States with the very intention of destabilizing and undermining the territorial integrity of Russia itself.

As Yahoo News! explained in a January 2022 article:

“The CIA is overseeing a secret intensive training program in the U.S. for elite Ukrainian special operations forces and other intelligence personnel, according to five former intelligence and national security officials familiar with the initiative. The program, which started in 2015, is based at an undisclosed facility in the Southern U.S., according to some of those officials.

The program has involved ‘very specific training on skills that would enhance’ the Ukrainians’ ‘ability to push back against the Russians,’ said the former senior intelligence official.

The training, which has included ‘tactical stuff,’ is ‘going to start looking pretty offensive if Russians invade Ukraine,’ said the former official.

One person familiar with the program put it more bluntly. ‘The United States is training an insurgency,’ said a former CIA official, adding that the program has taught the Ukrainians how ‘to kill Russians.’” (emphasis added).

To remove any doubt that the destabilization of Russia itself has been the goal of the U.S. in these efforts, one should examine the very telling 2019 report of the Rand Corporation – a long-time defense contractor called upon to advise the U.S. on how to carry out its policy goals. In this report, entitled, ‘Overextending and Unbalancing Russia, Assessing the Impact of Cost-Imposing Options’, one of the many tactics listed is “Providing lethal aid to Ukraine” in order to “exploit Russia’s greatest point of external vulnerability.”

In short, there is no doubt that Russia has been threatened, and in a quite profound way, with concrete destabilizing efforts by the U.S., NATO and their extremist surrogates in Ukraine.  Russia has been so threatened for a full eight years. And Russia has witnessed what such destabilizing efforts have meant for other countries, from Iraq to Afghanistan to Syria to Libya – that is, nearly a total annihilation of the country as a functioning nation-state.

It is hard to conceive of a more pressing case for the need to act in defense of the nation. While the UN Charter prohibits unilateral acts of war, it also provides, in Article 51, that “[n]othing in the present Charter shall impair the inherent right of individual or collective self-defense… ”  And this right of self-defense has been interpreted

to permit countries to respond, not only to actual armed attacks, but also to the threat of imminent attack.

In light of the above, it is my assessment that this right has been triggered in the instant case, and that Russia had a right to act in its own self-defense by intervening in Ukraine, which had become a proxy of the U.S. and NATO for an assault – not only on Russian ethnics within Ukraine – but also upon Russia itself. A contrary conclusion would simply ignore the dire realities facing Russia.