Havana, Cuba — Three days of solidarity will mark May Day 2022 in Havana. In Cuba, for the first time since the COVID-19 pandemic forced cancellation in 2020 and 2021, the awesome May Day march will joyously take place Sunday, May 1. The march theme, Cuba Vive y Trabaja — Cuba Lives and Works —  expresses the firm and unconditional decision to continue consolidating “Our Economic-Social Socialist Development Model.” The events are dedicated to Cuba’s historical leader, Fidel Castro Ruz.

On the eve of May Day, April 30, the Central de Trabajadores de Cuba [Cuban Workers Central Union] is welcoming workers from around the world to learn from Cuban workers and their neighborhoods the pain caused to Cuban families by the unilateral U.S. economic, commercial, and financial blockade — essentially an illegal economic war. After meetings with the hotel and tourism union, delegations will visit communities under reconstruction and partake in the community soup called caldosa with Committees for Defense of the Revolution.

Hundreds — most under 30 years of age — are coming from the United States in various Brigades, delegations and just coming as individuals to demonstrate their solidarity with revolutionary Cuba — real aid to the Cuban people. Their experiences will inform their work when they return to the U.S., be it in work places, mutual-aid projects, communities fighting for affordable housing and against evictions, to abolish the police abuse and murders and to stop the climate catastrophe and looming nuclear war that threatens human existence as the fight to end the intensified U.S. blockade continues.

May Day — International Workers’ Day — began in the U.S. in Chicago in 1886 where workers fought for the 8-hour work day, but until 2005/2006 it was most celebrated outside the U.S. and especially in countries that have freed themselves from imperialist domination, like Cuba.

For a former colonial nation developing under a suffocating blockade ruthlessly imposed by the most powerful military and economic giant only 90 miles to the north, the significance of the march is expressed in the words of a now-80-year-old participant in Cuba’s victory over the U.S. invasion at Playa Girón (aka Bay of Pigs) who said he was returning to the Plaza of the Revolution on May 1 “because this is now our Girón.”

“The squares are, now, another good setting to support the efforts of the government, the party, the CTC, all the institutions and the people in the desire to build the prosperous and sustainable socialist society to which we aspire,” Abel Vázquez Caballero told Trabajadores.cu.

The three day solidarity gathering culminates on May 2, with a solidarity conference featuring CTC General Secretary Ulises Guilarte de Nacimiento that will conclude with the approval of a Declaration of Solidarity with Cuba and the proposal to fight against imperialism and for the advancement of leftist organizations for a progressive change in the world.

On May 2, buses will depart from the solidarity conference headed to Guantanamo for the VII Seminar to Abolish Foreign Bases and NATO. 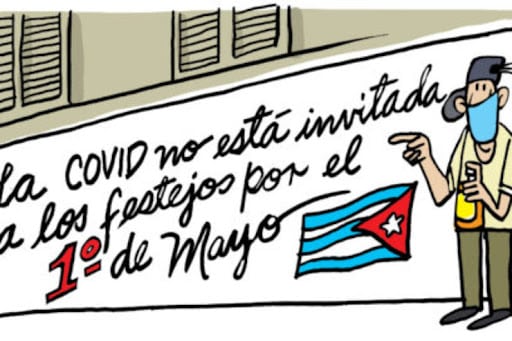 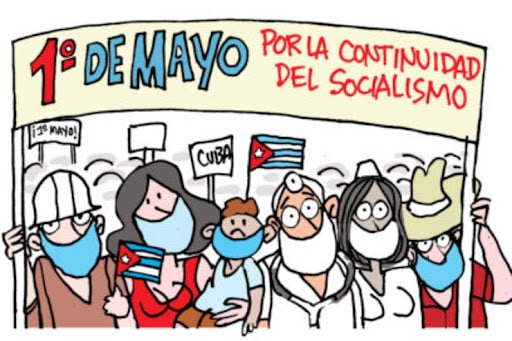