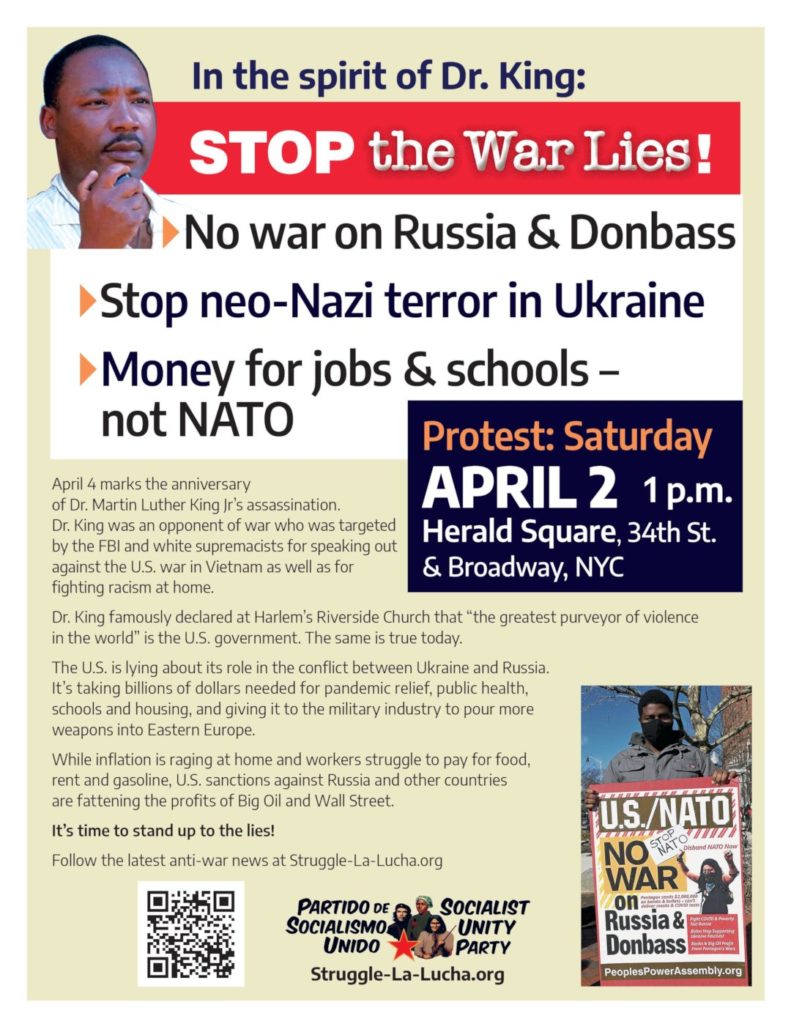 In the spirit of Dr. Martin Luther King Jr.:
STOP THE WAR LIES!
No war on Russia & Donbass
Stop neo-Nazi terror in Ukraine
Money for jobs & schools – not NATO
Protest: Sat. April 2
1 p.m.
Herald Square, 34th St. & Broadway, north side, Manhattan
April 4 marks the anniversary of Dr. Martin Luther King Jr’s assassination. Dr. King was an opponent of war who was targeted by the FBI and white supremacists for speaking out against the U.S. war in Vietnam as well as for fighting racism at home.
Dr. King famously declared at Harlem’s Riverside Church that “the greatest purveyor of violence in the world” is the U.S. government. The same is true today.
The U.S. is lying about its role in the conflict between Ukraine and Russia. It’s taking billions of dollars needed for pandemic relief, public health, schools and housing, and giving it to the military industry to pour more weapons into Eastern Europe.
While inflation is raging at home and workers struggle to pay for food, rent and gasoline, U.S. sanctions against Russia and other countries are fattening the profits of Big Oil and Wall Street.
It’s time to stand up to the lies!
Follow the latest anti-war news at
Struggle-La-Lucha.org 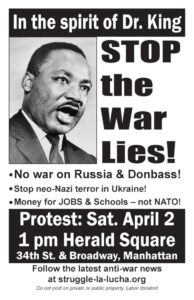