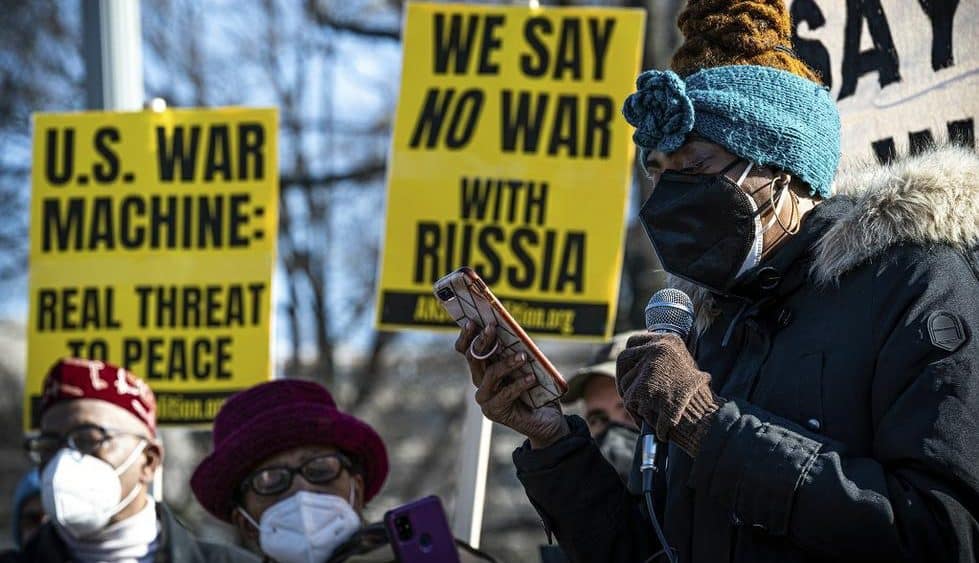 No Wars! No Sanctions! No NATO!

The conflict in Ukraine has escalated to a dangerous level between two nuclear armed states. The United States and its allies continue to portray the current situation as one of Russian aggression without acknowledging that US-backed Ukrainian forces are attacking the Eastern region of the country and killing citizens of Russian ethnicity.

This current escalation is a serious threat to world peace and requires a unified and rapid response by anti-war organizations from around the globe to stop a major war.

To that end, we, the undersigned groups, have agreed to support a week of international action from March 1 to 7 with the following demands on our governments:

— No war with Russia

— No more weapons to Ukraine and the European Union

— Resolve the current conflict within the United Nations Security Council

— De-escalate the threat of a nuclear war