Lars Bertling, Russell McClain and Sharon Black, three reporters for Struggle-La Lucha, members of the Socialist Unity Party, and representatives of the Baltimore Peoples Power Assembly, are participating in the 31st IFCO-Pastors for Peace U.S.-Cuba Friendshipment Caravan that arrived in Havana on Nov. 15.

On Nov. 25, the fifth anniversary of Fidel Castro’s death, his legacy continues — not just in the hearts and minds of Cubans, but around the world. This includes young activists in the U.S.

For many, Fidel conjures up the image of the heroic guerilla fighter. Along with his comrades, he waged a war for Cuba’s liberation against seemingly impossible odds. Only 20 comrades survived the actual landing of the Granma in November 1956.

But Fidel heroically pressed on. The July 26th combatants grew larger and larger with the support of the peasants and workers, who joined its ranks. In 1959, they were victorious in driving the brutal dictator Fulgencio Batista from the island. 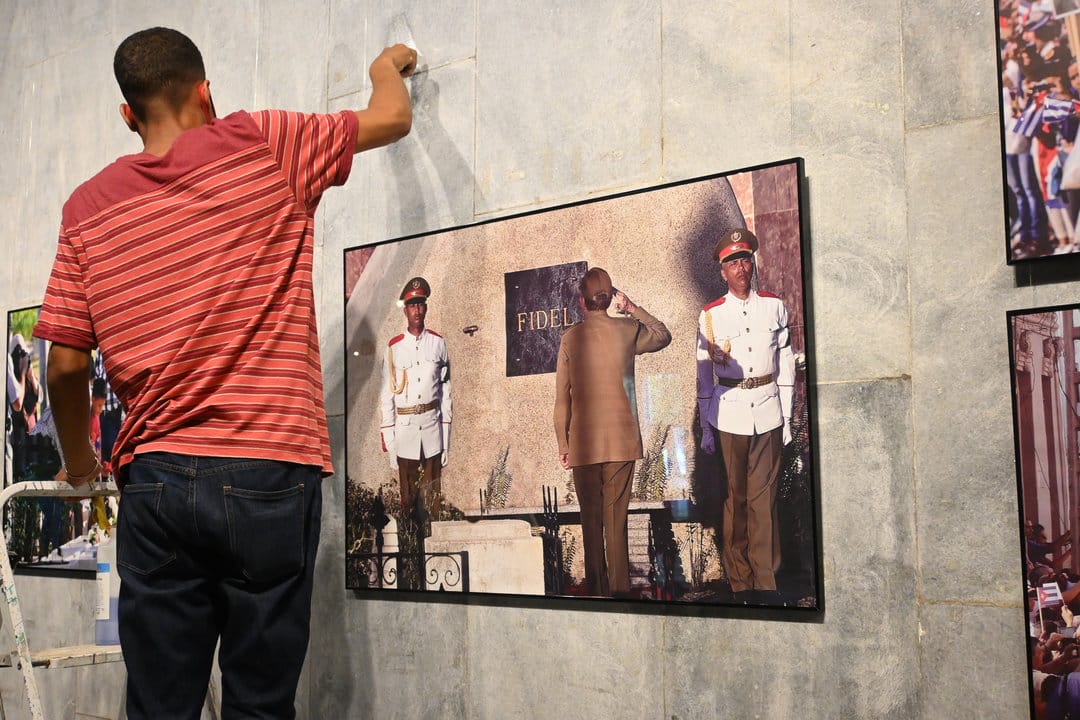 For others, Fidel represents the best in internationalism and solidarity.

The saying “When Africa called, Cuba answered” refers to the sacrifices Cuba made under Fidel’s direction in assisting the freedom struggle in Angola and South Africa. Thousands of Cubans died on African soil fighting apartheid and colonialism. This is why Nelson Mandela affectionately claimed Fidel as a brother.

Africa is not the only continent to remember Comandante Fidel. Everywhere on the globe where people are poor, oppressed or struggling against colonialism and neoliberalism, Fidel is viewed as an implacable friend.

Despite the decades-long U.S. blockade and numerous assassination attempts, Fidel offered to send a team of 1,586 doctors and medical assistants to help the people of the Ninth Ward in New Orleans after the Hurricane Katrina disaster. George W. Bush refused the offer. But this couldn’t dissuade Fidel.

Instead, the Henry Reeve Brigade of doctors and nurses became a permanent feature of Cuba’s internationalist solidarity. They traveled to the site of disasters around the world to assist, whether in West Africa, bravely fighting Ebola, or in Haiti, Mexico and China, to attend to the victims of earthquakes.

Few people in the U.S. are aware that Henry Reeve, the brigades’ namesake, was born in Brooklyn. Reeve served as a drummer in the U.S. Civil War and later died in Cuba’s “Ten Year War” against Spanish colonial rule. 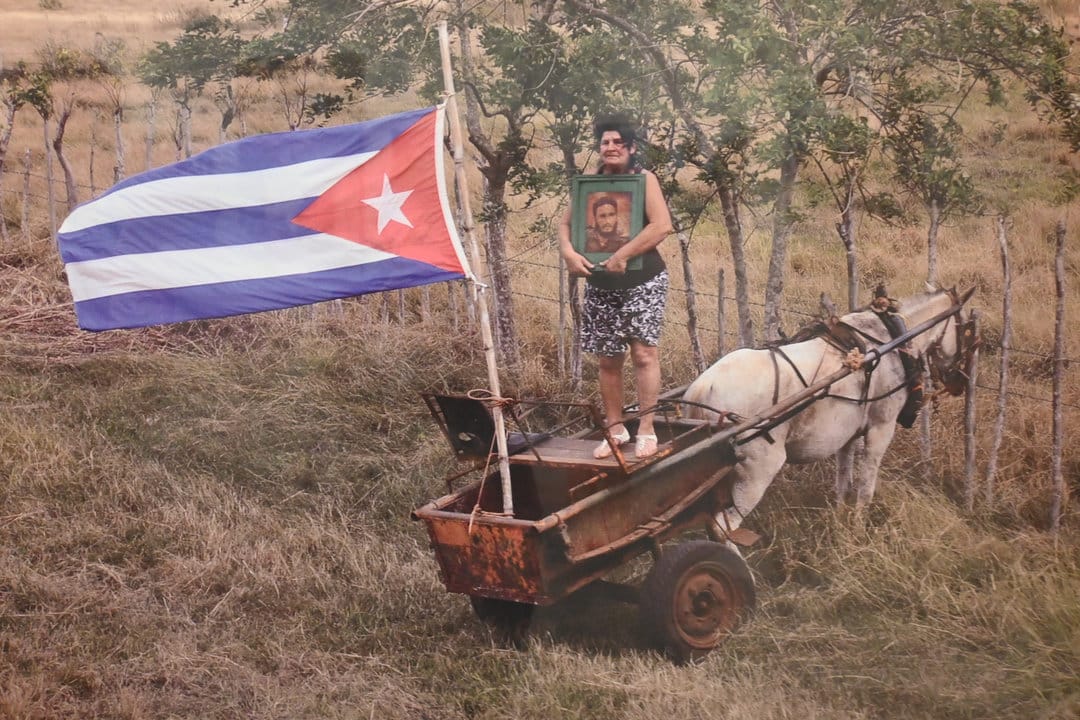 One of Fidel’s contributions that is not spoken about enough was his role as a teacher and ultimately a people’s mentor. He was tireless, constantly educating everyday Cubans about critical developments in their homeland and worldwide. Fidel’s speeches were the format through which much of this education was delivered.

Fidel extended this role on the world stage. He gave one of the longest speeches ever delivered at a United Nations session — eight hours — defending the downtrodden of the world and lambasting neoliberalism.

Young comrades from the Socialist Unity Party selected two speeches by Fidel to read and reflect on his legacy today. Their impressions are strongly informed by their current visit to Cuba as part of the IFCO/Pastors for Peace U.S.-Cuba Friendshipment Caravan.

“When an Energetic and Forceful People Cry, Injustice Trembles,” Oct. 15, 1976

Russ McClain: Our caravan visited the Denouncement Memorial as the first stop of our two-week tour. What awaited us was an unflinching display of the brutal atrocities committed by the United States government in its decades-long crusade to overthrow the Cuban Revolution.

I wasn’t sure what exactly to expect from the museum, but in hindsight, it provided us with invaluable context that would serve us well for the remainder of our stay.

In Fidel’s speech at the memorial service for the victims of the Cubana Airlines plane bombing, he memoralized 57 “healthy, vigorous, enthusiastic, selfless, young” Cubans who were killed; later he went on to detail each terrorist act the U.S. sanctioned against Cuba between April and August of 1976. There is a deep reverence and gratitude for the stolen lives that can be felt in Fidel’s words.

I had heard about some of the disgusting war crimes carried out by the U.S. against Cuba as retaliation for daring to purge itself of capitalism and imperialist domination. However, seeing all the horrifying proof of these sins was almost too much to bear. These images will remain with me, and only serve to strengthen my resolve.

Fidel’s speech has inspired me. Like the beautiful Cuban athletes aboard the ill-fated plane, I pledge to carry out my revolutionary duties with “modesty and devotion.”

Lars Bertling: My comrade and I were asked to examine one of Fidel Castro’s many speeches over the course of our time with the caravan to Cuba. Before our arrival, I had done a bit of research on the country’s ever-evolving socialist project and its recent permitence of certain free-market ideas within the existing system. I thought this was interesting — what forces in place prevent Cuba from becoming thoroughly capitalist?

“Can the Revolution Be Reversed?” is the same question Fidel posed over 15 years ago at the University of Havana. It is also the same question many officials seem to be asking today. But it should be noted that a significant portion of this talk is dedicated not to a potential future collapse, but to a storied history of struggling to both develop and maintain a specific ideological framework, and of the lies and hypocrisy of the U.S. imperialist state.

It is remarkable how little has changed since then. The U.S. military continues to be a global threat to economic democracy, spending inordinate sums of money to prolong the empire for the rich. Mass media within its borders continues to normalize the drums of war as Cuba continues to be a scapegoat for many of its propaganda campaigns. (Let’s not forget the false depiction last July of a people hungry for regime change.)

U.S. aggression dressed up as saviorism is a tale as old as time that Castro mocks in his Havana University talk. How moral of the U.S. to try and economically decimate another country so a puppet government that benefits the interests of the wealthy might be installed!

But I don’t want to undersell how exemplary Cuba has responded to these ongoing attacks by not mentioning what I’ve seen in the country itself. Even with their ability to obtain resources abroad stilted, Cubans have managed to produce five vaccine candidates and a vaccination rate of over 90%. A panel led by several queer advocates showed how they were working hard to redefine what makes a family in the official Family Code.

Masks are everywhere, and I have seen a very small police presence in this “authoritarian failed state” — cops in uniform are few and far between, and the only ones I witnessed on the road were our motorcycle escorts whenever we’d travel by bus. I saw one whole person asking people for money, and the homeless I’ve noticed are all cats and dogs, who are facing action to get them off the streets, into animal shelters, and eventually into caring homes.

Fidel noted the importance of the realistic building of socialism, not steeped in utopian ideals but in what is needed for success. This persists in continuous examination of what is necessary for people in the now. The revolution never ended in Cuba — it is an ongoing process of organizing that is intensive but worthwhile.

The late commander-in-chief did not deny that all things will likely come to end. He did, however, declare that should the Cuban Revolution fail, it would fail as a result of actions in constructing socialism, rather than through an outside instigator like the United States. In our talk with the minister of foreign affairs, he echoed Fidel’s sentiment, and also acknowledged that Cuba was not perfect.

Multiple times on our trip, the existence of free-market aspects in the economy was brought up. But how else can the country survive in a global capitalist economy? Both Fidel and the speakers on our trip have stressed the uniqueness in every brand of socialistic building across national lines. What appears strange in the economy of a country dedicated to communist revolution is there to preserve what has already been created.

Cuba still stands and it looks for how to best serve its people. It is a constant adaptation, and I’m pleased to see a government so firm in putting people before profit. In my opinion, that is definitely an example to follow.