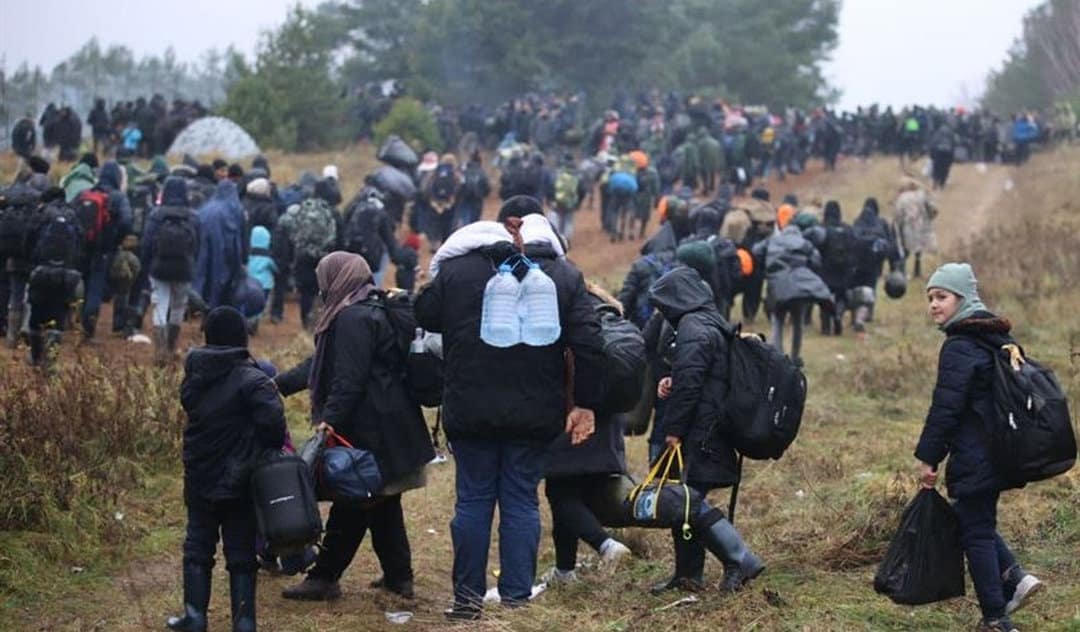 The U.S. and its European allies are deliberately inflaming a dangerous situation on the border of Poland and Belarus. Thousands of refugees fleeing U.S./European-instigated wars in West Asia and North Africa have gathered at the border in Belarus demanding entry to the European Union and respect for their international human rights. But the far-right-wing government of Poland, backed by Washington and the EU, refuses to let them in.

NATO member Poland is building up its military and police forces on the border. Refugees attempting to cross have been gassed and beaten by Polish security forces. Western governments and media lay the blame on Belarus, which is struggling to provide humanitarian aid to the refugees despite suffering under Western sanctions.

Belarus and its ally Russia have called on Poland and the EU to hold high-level consultations to peacefully resolve the growing humanitarian crisis. Instead, NATO — the U.S./West European-dominated military alliance — has launched snap war games in the Black Sea. British military advisors were dispatched to aid Polish troops at the border. Right-wing governments in Lithuania, Ukraine, Latvia and Estonia are further militarizing their borders.

What is the U.S. interest in this crisis? Besides its long-term military aims against Russia, Washington has an immediate interest in a regional war to disrupt the flow of Russian gas to Western Europe as cold weather sets in. This would drive up fuel prices and fatten the bottom line of U.S. Big Energy companies.

The U.S. and EU often brandish charges of “human rights violations” against any government that refuses to bend to their will, while they blatantly violate the human rights of refugees and migrants. This is true in Europe, just as it is in the U.S. with the racist Trump-Biden policies toward migrants and refugees from Central America, Haiti and elsewhere. The recent exposure of the horrific whippings of Haitian refugees by U.S. border agents show the depths of U.S. immigration policies.

Belarus, recently the target of a failed “color revolution,” is being demonized like Cuba, Venezuela and other governments under U.S.-EU sanctions. Yet the corporate media buries the Polish government’s horrendous attacks on women’s reproductive rights and the promotion of fascism by Poland and other regional regimes.

Sanctions are an act of war. Now the EU is using the threat of “secondary sanctions” against businesses and third countries, of the kind that have done so much damage to Cuba and Venezuela during the pandemic, to force airlines to ban residents of Afghanistan, Iraq, Syria, Yemen and other countries from flying to Belarus.

The U.S. and EU are playing with the lives of refugees, the people of Belarus and the whole region, as well as working people in Europe who need access to affordable heat. A regional military conflict could quickly escalate into a full-blown international war between the U.S./NATO and Russia and its allies.

We call on anti-war activists, advocates for refugees and migrant rights, and all progressive people to join us to demand: