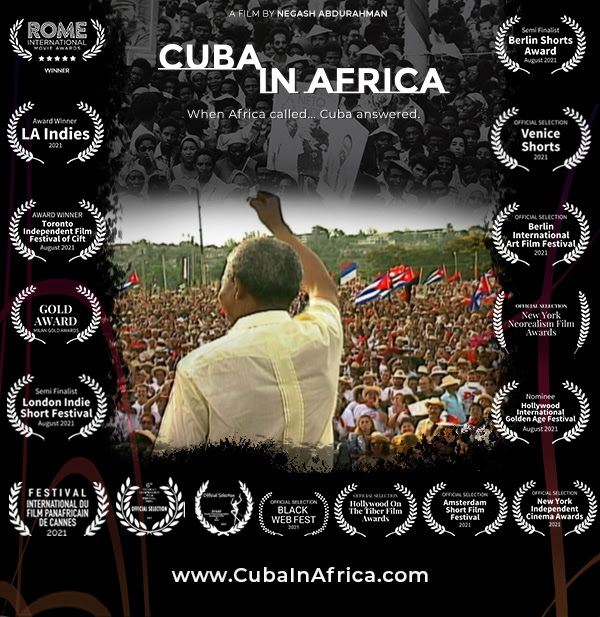 The dramatic untold story of 420,000 Cubans– soldiers and teachers, doctors and nurses – who GAVE EVERYTHING to end colonial rule and apartheid in Southern Africa.

FEATURING SPEAKERS:
Negash Abdurahman, Ethiopian-American filmmaker and educational technology consultant. Founder of RI Systems Inc. His acclaimed, award-winning film Cuba in Africa was years in the making, overcoming many obstacles, to tell the truth (mostly untold in the US) of Cuba’s revolutionary internationalist mission from 1976-1991 that was decisive in winning the sovereignty of Angola, the independence of Namibia, and securing the unraveling and defeat of apartheid South Africa.

Robert Ferrell Prize from the Society for Historians of American Foreign Relations); Visions of Freedom: Havana, Washington, Pretoria, and the Struggle for Southern Africa, 1976–1991.