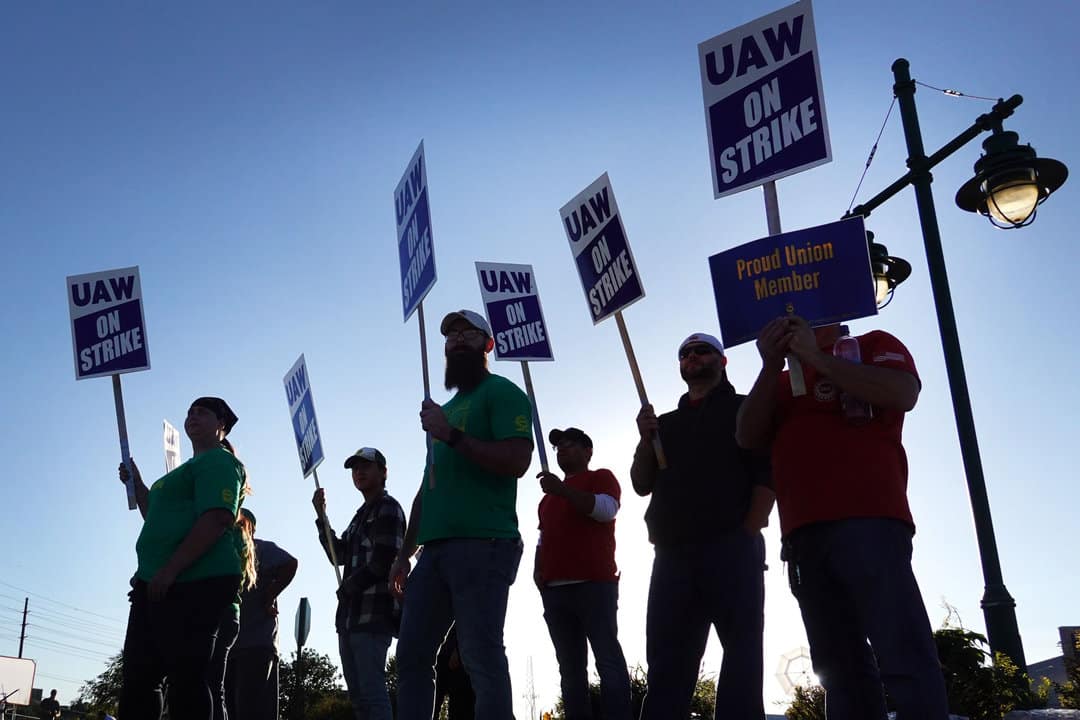 The U.S. working class is waking up angry and defiant. More than 100,000 workers are on strike from coast to coast. Here are some of the biggest battles that broke out during “Striketober”:

Is this current strike wave just accidental? Or is it the start of something big?

Working and poor people in the U.S. have been pushed back since the 1970s. Taking inflation into account, average real wages have been frozen since 1978.

Thousands of union strongholds were destroyed. The biggest victims of this deliberate deindustrialization were Black workers. They accounted for a quarter of U.S. auto workers and steel workers in 1970.

The median income of Black families in the Midwest plunged 36% between 1978 and 1982. The Black majority city of Detroit became the poorest big city in the United States.

Instead of young workers being concentrated in factories and other large workplaces, they were instead railroaded to the big prisons. Since 1970, the prison population has increased seven times. Prisoners are also part of the working class.

Now closed, the A.O. Smith auto frame plant in Milwaukee once employed more than 7,000 workers. Half of these workers were Black. This factory bordered the 53206 ZIP code where 62% of Black men are or have been incarcerated.

Looking at strike statistics also shows how poor and working people were thrown back. In 1970 and 1971 there were around 2.5 million workers on strike, including big strikes against General Motors and General Electric.

In 1974, there were 424 strikes that involved 1,000 or more workers. (The Bureau of Labor Statistics unfortunately doesn’t give figures for strikes of less than a thousand workers.)

The willingness of many workers to go on strike or just quit their jobs isn’t an isolated phenomenon. It’s linked to the 26 million people who marched last year to demand Black Lives Matter!

The struggles of Indigenous peoples and their allies against environmentally destructive oil pipelines are part of this fightback. So is the struggle in the U.S. colony of Puerto Rico against LUMA, the privatized electric company.

While the current number of strikes is smaller than during the working class upsurge of the 1930s, they’re just as courageous. The communist leader and workers’ organizer, Vince Copeland, described in 1970 how hard it is for workers to rebel:

“When a few dozen workers in a sweatshop first take fate in their hands and embark upon a strike, they have to go through a revolution in their own spirits; they have to take a chance on losing their livelihood altogether, especially if there has been no union in their shop before, and if they do not succeed in getting recognition from their boss.

“That is why it is so hard to organize the workers even on the elemental level of joining together to prevent the heel of capital from grinding them down altogether, much less organizing to overthrow imperialism and establish socialism.

“When workers lose even one hour’s wages, it is often too much of a sacrifice. Those who are eternally in debt, eternally paying for the washing machine, the furniture or the family automobile, hesitate to take off a day when they are really quite ill; how do they feel when they must face a strike of weeks’ and possibly several months’ duration? (From “Revolutionary implications of the GM strike.”)

Today’s strikes of thousands can lead to organizing millions of workers at Amazon, FedEx, Target and Walmart. The army of home health aides can win union wages and benefits and so can the millions employed in auto body shops, hotels, nursing homes and restaurants.