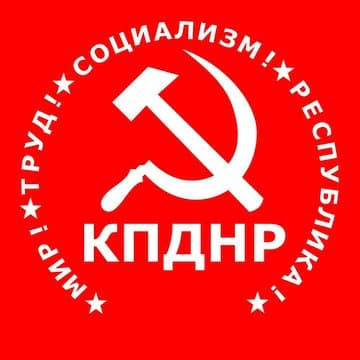 The following solidarity message was sent to participants in the April 10 New York protest opposing U.S.-Ukraine war threats against Donbass and Russia:

The Communist Party of the Donetsk People’s Republic welcomes the participants of the action of solidarity with Donbass in New York.

On April 14, 2014, the illegitimate Kiev regime, which came to power as a result of a coup d’état, unleashed an aggressive war against the people of Donbass, who had chosen the path of self-determination. This resulted in huge civilian casualties in the region and massive destruction of production facilities and infrastructure.

For the seventh year now, the people’s republics of Donbass have been living in conditions of incessant hostilities. The systematic violations of the ceasefire by the Ukrainian side indicate that Kiev and the Western imperialists behind it are not interested in a peaceful resolution of the conflict.

Our response must be to strengthen the international solidarity of the working people, the cooperation of the progressive forces of the world.

No to war in Donbass!