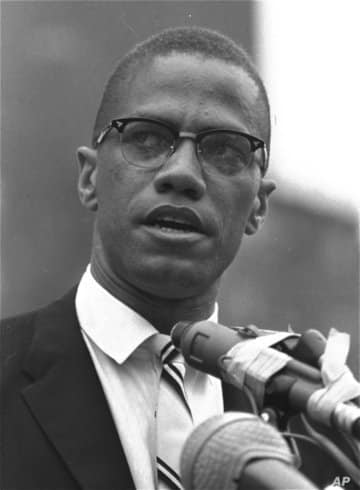 Malcolm X was assassinated at the Audubon Ballroom in Harlem on Feb. 21, 1965, through a plot by the FBI and New York Police Department. Today, we remember Malcolm as a militant community organizer, revolutionary internationalist, and fighter for Black liberation by any means necessary:

“You can’t have capitalism without racism. And if you find a person without racism and you happen to get that person into a conversation and they have a philosophy that makes you sure they don’t have this racism in their outlook, usually they’re socialists or their political philosophy is socialism.” (May 29, 1964)